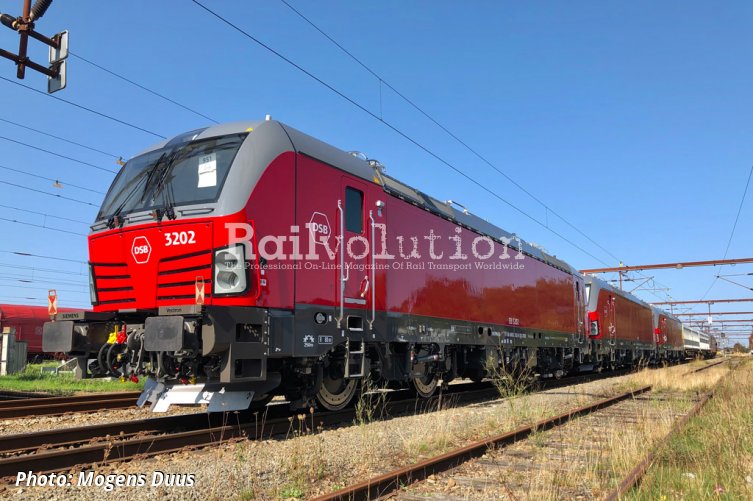 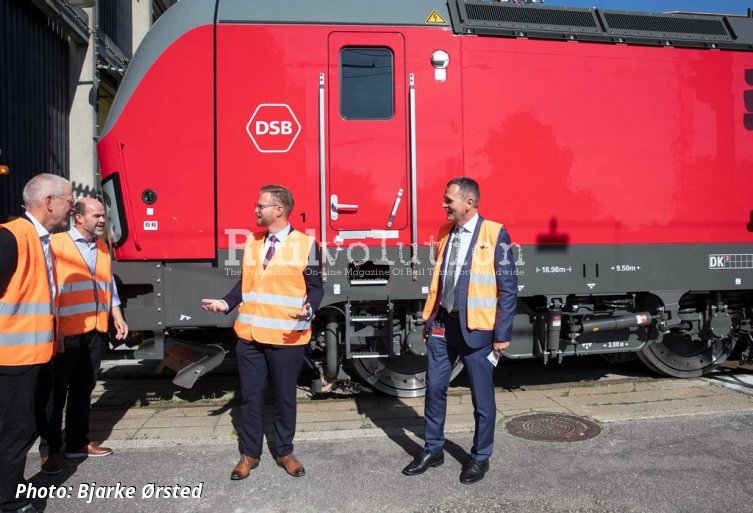 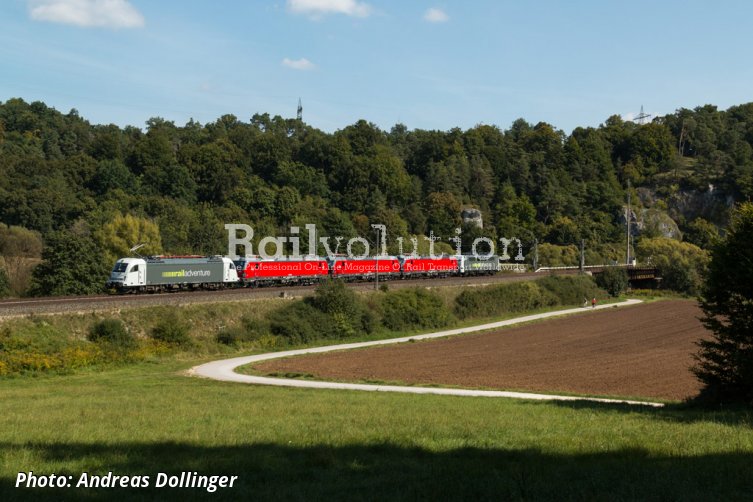 Following their delivery from Siemens München works on 13 September, the first three Class EB Vectrons destined for DSB arrived in Copenhagen on the 14th. The first photo shows the trio after its arrival at Otto Busses Vej depot, where the new locomotives will be maintained (until 2025, when DSB will start to use a new workshop in Næstved, southwest of Copenhagen).

The locomotives were welcomed by the Danish minister of transport Benny Engelbrecht (centre) and DSB CEO Flemming Jensen (far right). Far left stands DSB Chairman of the Board Peter Schütze, and second from the left is Allan Pagh, head of the workshop at Otto Busses Vej.

On 15 September 2020 the DSB Vectrons received an official approval from Trafik-, Bygge og Boligstyrelsen (TBST). At present the locomotives are waiting for a takeover by DSB. During October the training of drivers and depot staff will take place, and in late of the month EB 3201 to 3203 are scheduled to start regular passenger service. Start of deliveries of remaining 39 Class EB locomotives is envisaged for January 2021. It is to remember that one of this batch will be the 1,000th Vectron built by Siemens.

Until 2023 the DSB Vectrons will only be used in the commuter traffic at Sjælland, between Copenhagen, Ringsted and Slagelse. From 2023 they will also haul (topped and tailed) the new Talgo rakes between Denmark and Hamburg, using their dual-voltage 15/25 kV traction equipment.