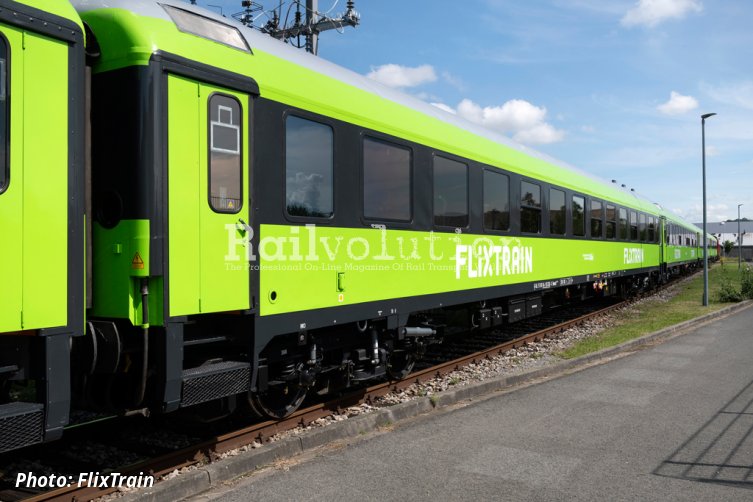 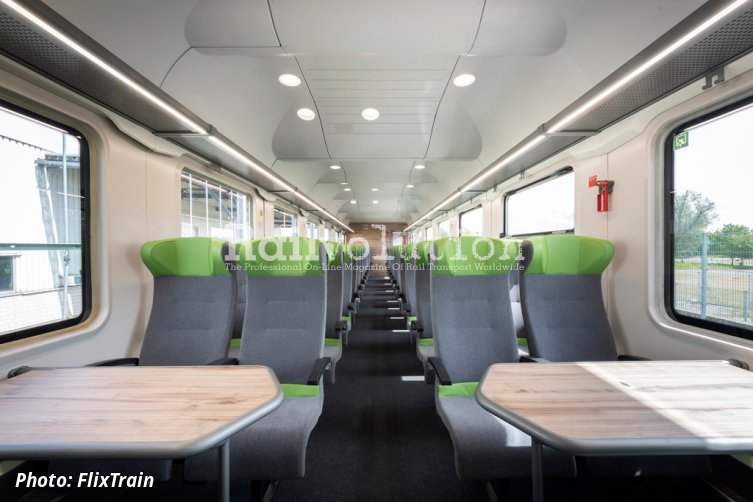 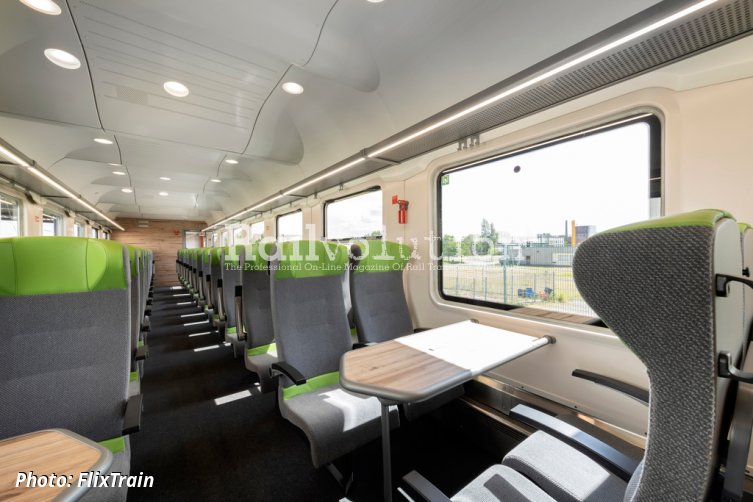 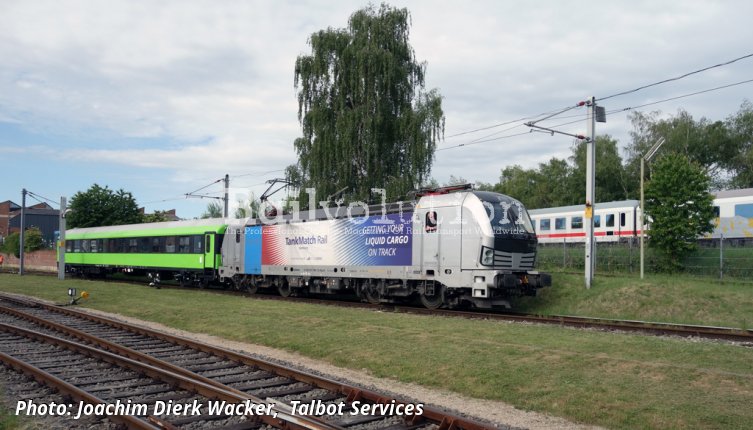 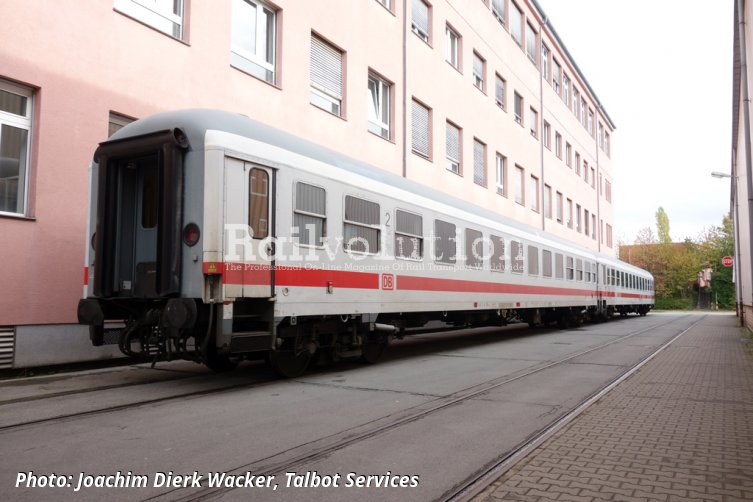 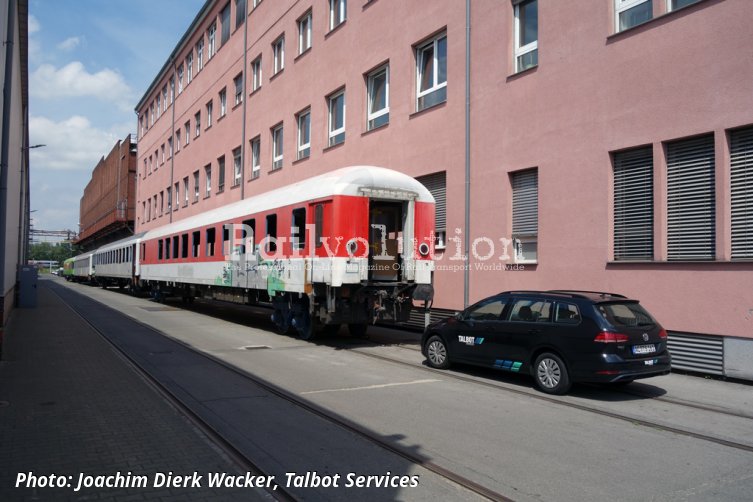 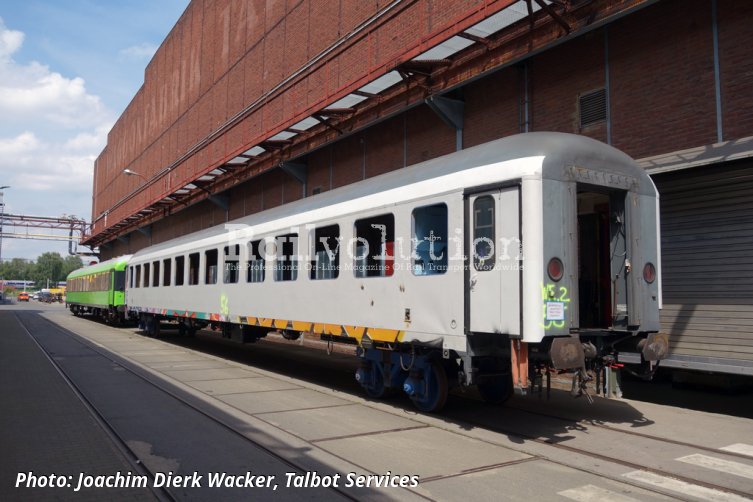 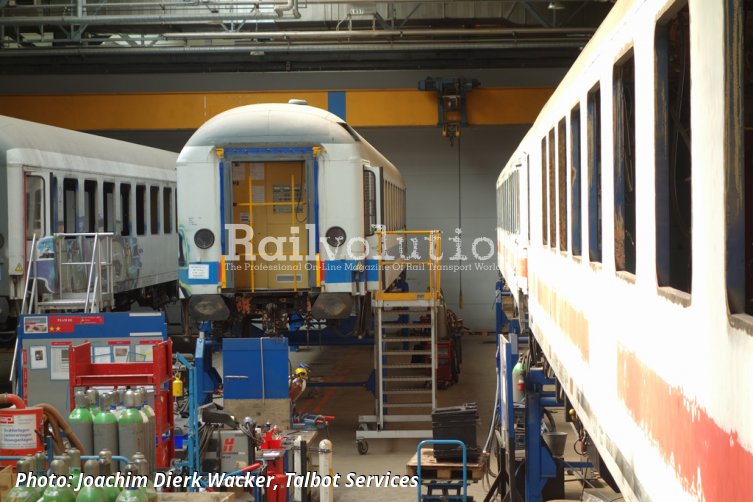 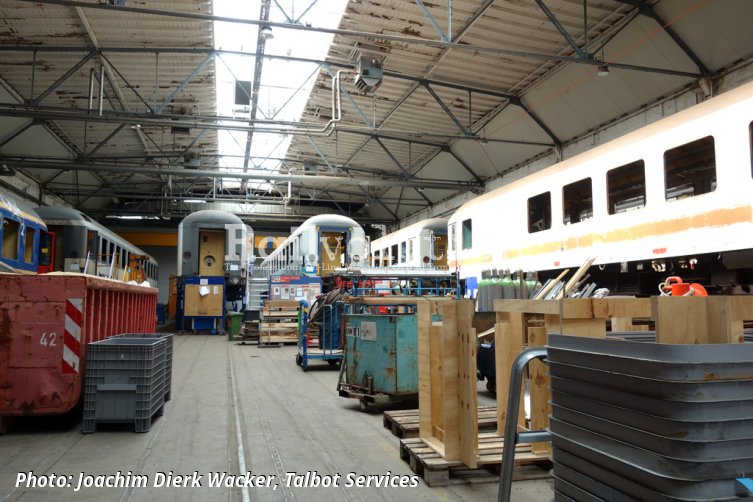 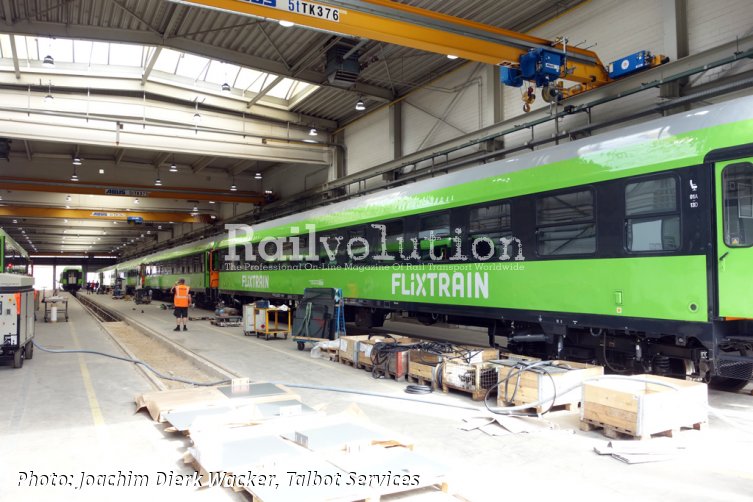 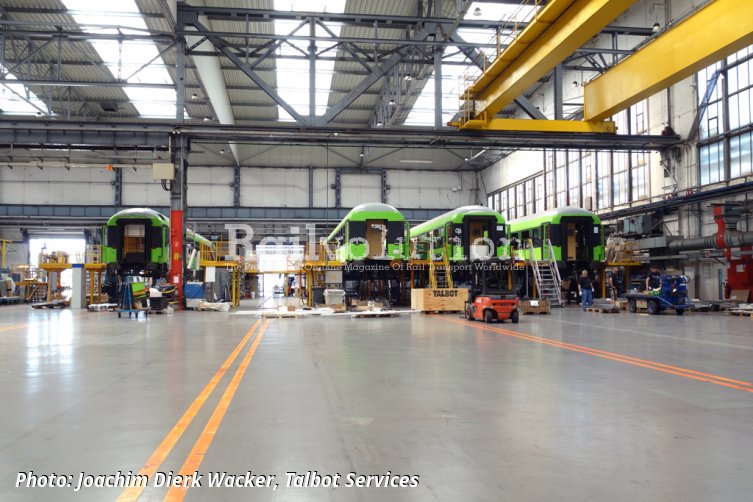 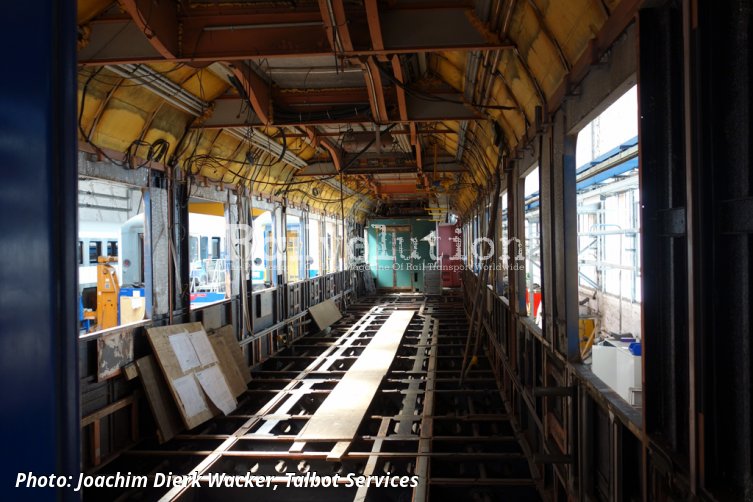 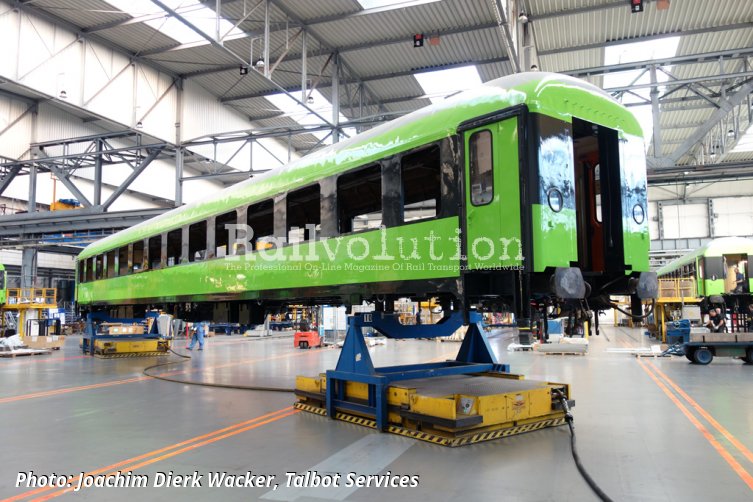 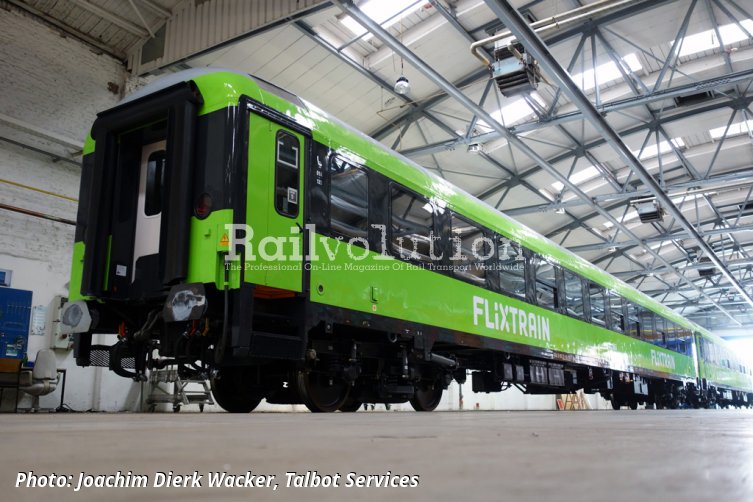 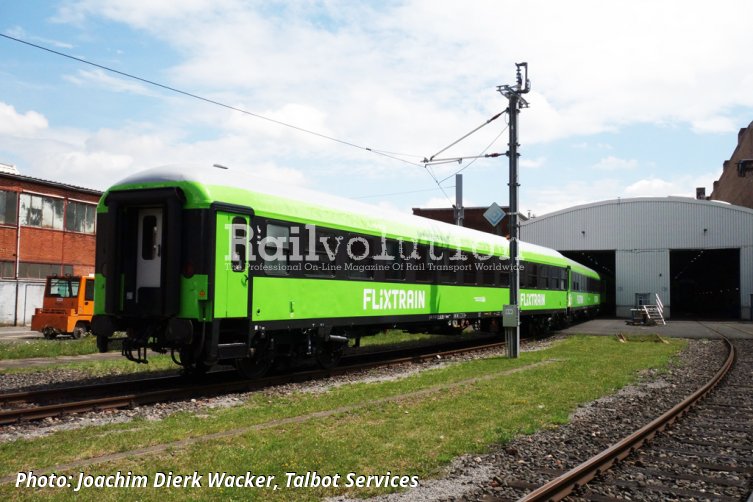 Following an interruption due to the coronavirus pandemic on 19 March 2020, FlixTrain will resume its operations on 23 July, but  so far on the FLX 20 Hamburg - Köln and FLX 30 Berlin - Köln lines, which were originally launched in March 2018 and on 23 May 2019 respectively. Compared to the pre-COVID period, the number of trains is at present slightly smaller than it was earlier. There are now a total of ten runs a week on each line, with two services daily from Thursday to Monday so initially the FlixTrain services will not run on Tuesdays and Wednesdays.

Both IGE and SVG are new FlixTrain operators. In the pre-COVID period the FLX 20 and FLX 30 lines were operated by BTE of Nürnberg.

On the restored FLX 20 and FLX 30 lines there will be used carriages other than before, which were fully refurbished and which are characterised by a new exterior livery - they have green sidewalls with a black window strip, while until now FlixTrain cars had green sidewalls with decorative orange elements in the lower part of the entrance doors.

These are second-hand cars, purchased from DB, which have been modernised at Talbot Services of Aachen - see the photo of the car D-TAL 51 80 84-95 036-0 Bmmdz taken in late June 2020. The refurbished cars are newly designated Class Bmmz and Bmmdz, have a length of 26.4 m over buffers and Type Minden-Deutz 366 bogies, which allow a maximum speed of 200 km/h.

These up to 50-year-old compartment coaches were dismantled at Talbot Services to the bodyshell, all safety-relevant components were revised or replaced and a completely new open space interior was installed, which offers 100 seats arranged in rows (originally these cars had 60 seats). Modern technologies were installed, including WiFi internet, USB and 230 V sockets at each seat and LED lighting (the carriages were already fitted with HVAC). The WC cells are also new and in every other car (Class Bmmdz) there were fitted rakes for two bikes. On the contrary, the entrance doors remained the same, of the folding design.

Talbot Services is the company working on the former Bombardier Transportation site (1995 - 2013). Under the leadership of some former managers, the new company Talbot Services (whose name resembles the original Talbot wagon works, established in 1838) started functioning here on 1 July 2013. Now the company has over 500 employees with a trend to further growth, while at the time of Bombardier's leaving there were only 196 of them.

The modernisation of FlixTrain cars is the largest order in its recent seven-year history:  a total of 135 cars are to be modernised by 2021. Although neither FlixTrain nor Talbot Services state the contract worth, it can be estimated at around 100 million EUR, taking into account the fact that the price of the modernised car is stated to be about one third compared to the new-built carriage (which usually costs around 2 million EUR).

However, the above-mentioned sum is further significantly increased by the fact that Talbot Services has also become an ECM (Entity in Charge of Maintenance) for FlixTrain and will provide a full service for it over the next 15 years, based on a contract awarded in July 2019. As a result, the modernised FlixTrain cars are newly registered as D-TAL. Talbot Services was certified for all four levels ECM 1 to 4 in June 2020. The validity of the ECM certificate runs from 10 June 2020 to 15 June 2022.

However, maintenance will be carried out not only in Aachen, which FlixTrain wants to include in its network from 2021, but also in six other cities: München, Stuttgart, Frankfurt/M, Hamburg, Berlin and Köln. For this purpose, Talbot Services secured the rental of the necessary spaces, in four cases in DB depots (FlixTrain did not disclose in which cities). In addition, Talbot Services recruits more maintenance staff, including the DB workers.

In May 2020 Talbot Services also achieved another milestone, when it won the contract for the assembly of eight Type HDB 800 hybrid locomotive prototypes of a Toshiba-origin for DB, this becoming the very first locomotive contract in the Talbot history. The final assembly is scheduled to start in late 2020.

For the renewed FLX 20 and FLX 30 lines from 23 July 2020, FlixTrain initially diagrammed 10 carriages, so that two five-car rakes can be created, hauled by MRCE Vectrons. For SVG the locomotives 193 862 and 865 are available, for IGE the locomotives 193 604 and 861. In the following weeks more cars will be added in service. Railpool co-finances the entire FlixTrain project covering the 135-strong fleet modernisation.

The intention of FlixTrain is to return to the state as before COVID-19 and to put into operation the FLX 10 Berlin - Stuttgart line. However, the company does not yet specify the exact starting date, stating that everything depends on the development of the situation around COVID-19. The same also applies to the further FlixTrain expansion adding the Berlin - München line, which was announced already in 2019.

We also asked FlixTrain, if the cooperation with Leo Express for the FLX 10 was already confirmed. FlixTrain answered us: "Unfortunately, we cannot answer your question regarding the Berlin - Stuttgart services and Leo Express at the moment. We are already planning to expand our network and are currently in discussions with all train partners."