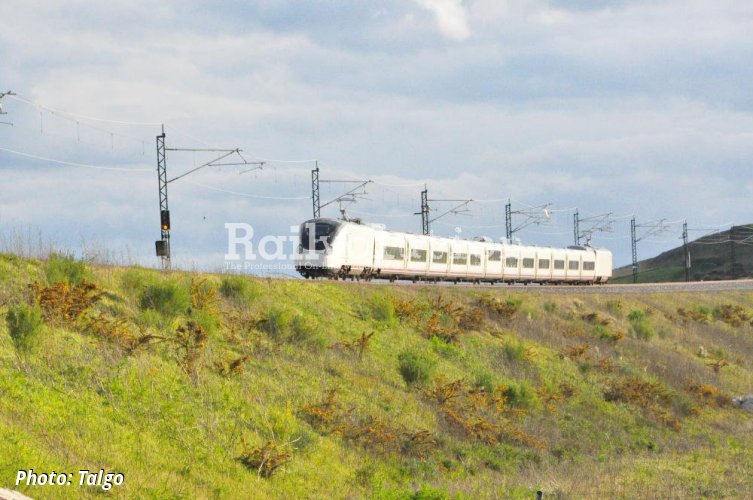 The first members of the new high speed Class 106 fleet were expected to have been handed over to Renfe in January 2021 in readiness for commercial operation in summer 2022. Talgo has, however, suffered delays, partly on account of the pandemic, and partly because of disruption in the global materials and components supply chains.

The original Avril contract dates back to the 786 million EUR  order placed on 28 November 2016, which was for 15 new 14-car standard-gauge trains and their maintenance for 30 years. Maintenance would take place at Renfe Integria Fabricación y Mantenimiento bases, and was calculated on 2.49 EUR per km per train. Talgo's bid was 28.2% lower than the budget price established by Renfe in the invitation to tender.

In June 2017 further 15 variable-gauge Avrils were ordered. At that time ridership of high speed services in Spain had increased by 60 % since 2013, and there was concern that new trains would be needed by 2020, when liberalisation of high speed passenger services was to take place, and various new high speed lines would open.

Renfe states that although January 2021 was a tentative date for the handing over of the first Avril, there was no definitive date agreed upon. However, the delay has resulted in the fleet of high speed trains being redistributed to cover recent and present new line inaugurations, including the Chamartin to Atocha cross-city line in Madrid. At present 82 % of all high speed services that were operated before the start of the pandemic have been restored.

Talgo has responded by pleading its case before the Comisión Nacional del Mercado de Valores, also stating that external factors created delays in the testing and authorisation of the Avrils. Authorisation test runs on the public network started in Summer 2020. In June 2021 a speed of 363 km/h was achieved on the Burgos to Venta de Baños line. Authorisation is still on-going, and is expected to be completed soon.