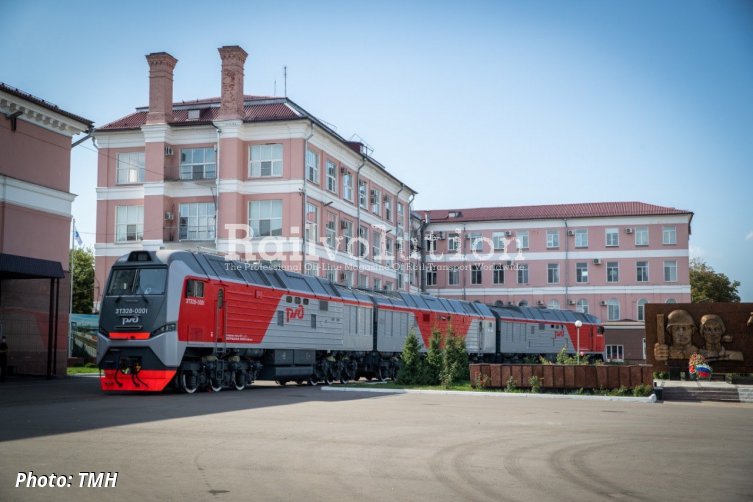 On 31 August 2022, TMH presented the results of the modernisation of the KZ (Kolomensky Zavod) works to Oleg Belozyorov, RZD president. On that occasion, him were also presented TMH's new products, among others the four-axle Class TEM23 diesel shunter (built in 2021), as well as the mainline freight locomotive of the brand new Class 3TE28, built at the Bryansk (BMZ) works.

The three-section Class 3TE28, as well as the two-section Class 2TE28, which follows on from the existing Class 3TE25KM/2TE25KM and their "two" and "three" versions, has been designed to haul trains weighing up to 7,100 t and is equipped with the powerful Russian-made diesel engines. Further technical details are not yet known.

What catches the eye, however, is the "DNA-style" design of the driver's cabs, which is a new corporate design for TMH vehicles and was used on the 3TE25K2M-0086 last year. Production of the Class 3TE28 is envisaged to start in the second half of 2023.