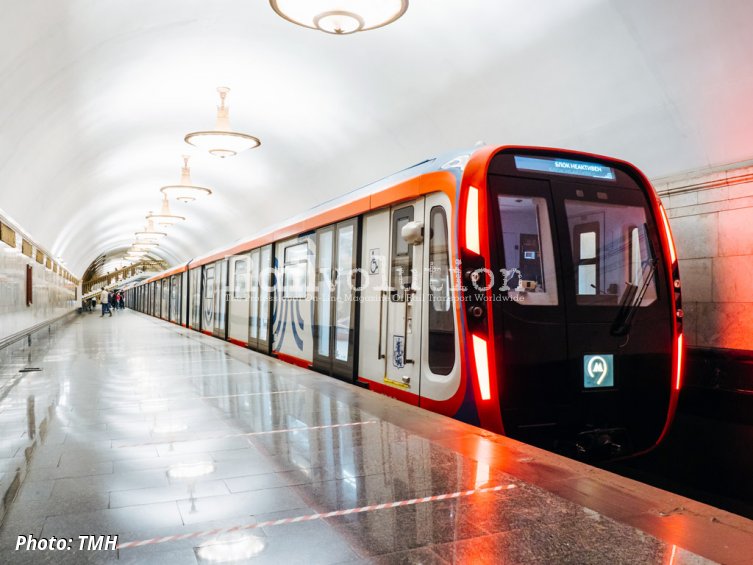 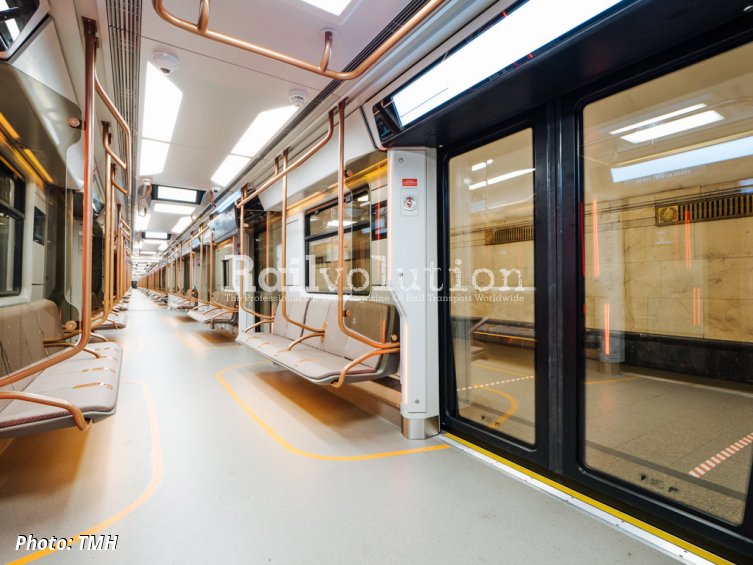 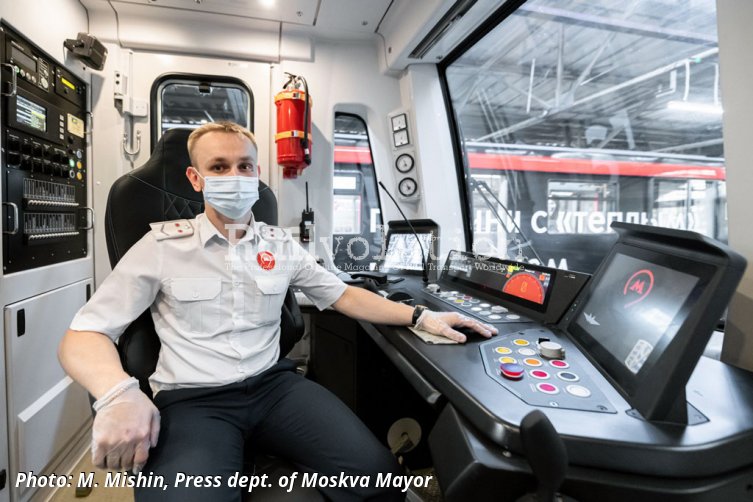 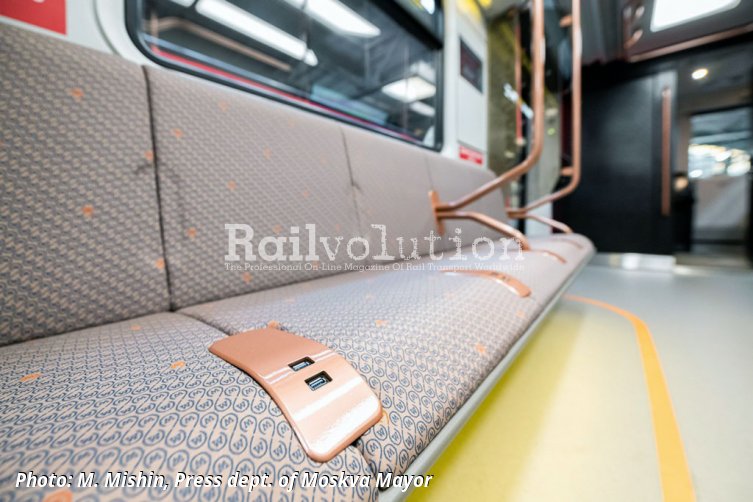 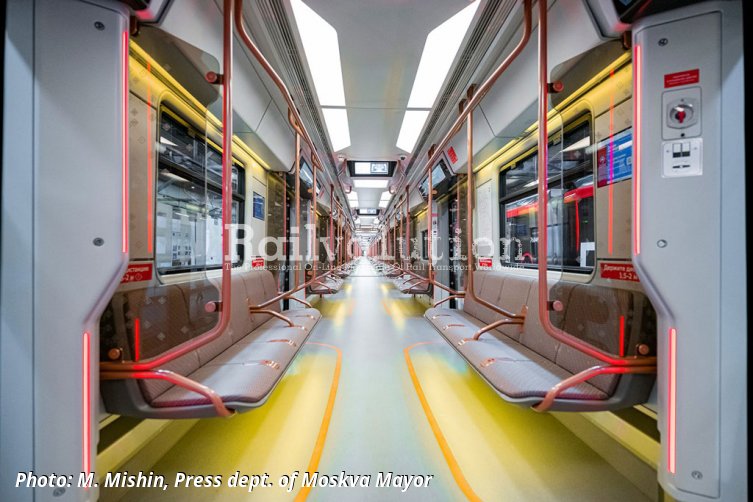 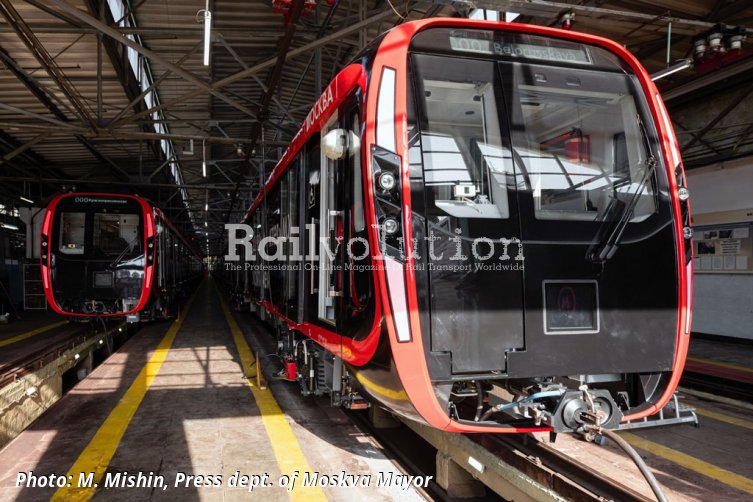 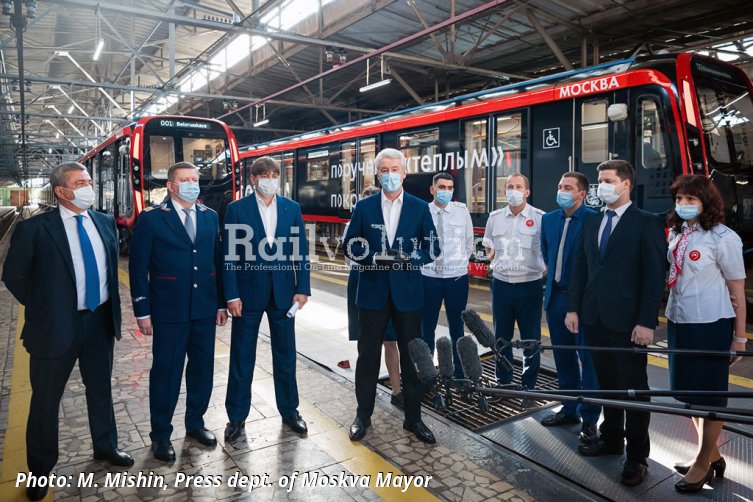 Metrovagonmash (MVM) developed a new version of the metro cars, Models 81-775/776/777, designated Moskva 2020, which are expected to be built for Moskovsky Metropoliten (Moskva metro) between 2020 and 2023. On 1 October 2020, it received a certificate of compliance with the requirements for the safety of passenger traffic for these cars. They are result of the work of TMH Engineering and feature a new exterior and interior design.

The width of the inter-car gangways has been increased by 57 % and will be 1,600 mm - more than in any of the MVM-built metro trains of the previous models. The entrance door have a wide of 1,600 mm (instead of 1,400 mm). The glazing surface of doors (82 %) will be a record one for the Moskva metro (previously 47 %).
The salons are fitted with new 1,400 mm wide displays over the doors (until now their width did not exceed 1,200 mm). The interactive screens on the walls will also be enlarged: now the will be of 27 inches instead of 19 inches in the previous models.

The driver's cabs and passenger compartments are fully air-conditioned and equipped with modern air disinfection systems that can deactivate 99 % of viruses and bacteria. The passenger seats have been enhanced, the lighting of the space under the seats has been applied for the first time. The passenger compartment of the eight-car train has 368 USB sockets, these being mounted on the sidewalls and seating areas.

MVM was awarded the contract following an invitation to tender in June 2020. The first prototype was built in February 2020 and since then has passed certification and acceptance testing. On 6 October 2020 Moskva Mayor Sergey Sobyanin has unveiled the first of new Type Moskva 2020 metro trains. The inaugural train ran from Krasnaya Presnya depot to Belorusskaya station. The new fleet will be used on Lines 5 (Koltsevaya), 6 (Kaluzhsko-Rizhskaya) and 11 (Bolshaya Koltsevaya).