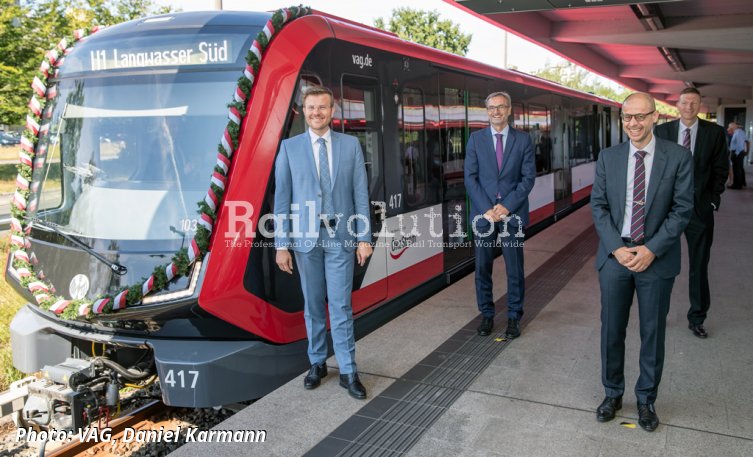 „Our project team has worked with Siemens Mobility for weeks and months towards one goal: the authorisation of the first vehicles. This required a lot, really a lot of proofs and documentation for hardware and software and especially for the interaction of all components, including the existing technology,” says Hasler. „Many thanks to TAB Mittelfranken (the Technical supervisory authority at the government of Middle Franconia) that we have received the approval for passenger operation for the first three vehicles now.“

Before COVID-19 problems, over 440,000 passengers used the metro network every day, around 50 % of them on the U1 line (Langwasser Süd - Fürth Hardhöhe). The new G1s will replace all of the Type DT1 and DT2 metro trains currently in use. The investment costs amount to around 263.2 million EUR, of which 64.1 million EUR are covered by grants, so that the Freistaat Bayern (Free State of Bavaria) contributes around 25 % of the total costs to the financing, higher than originally forecast.