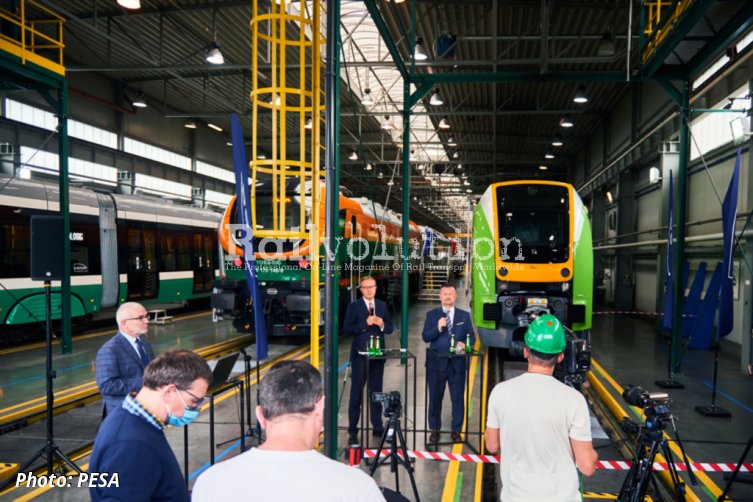 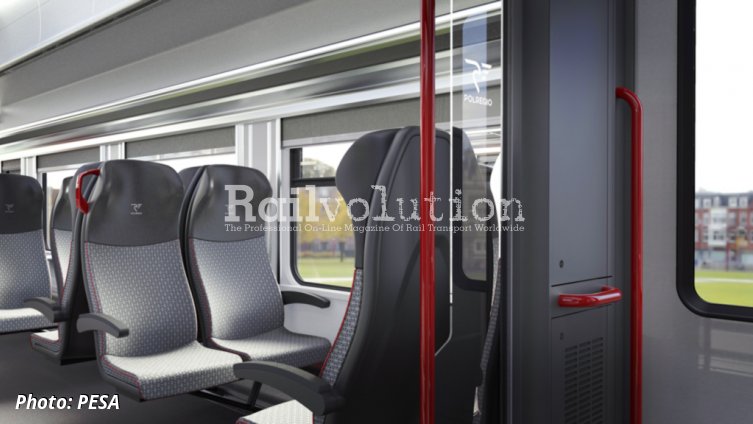 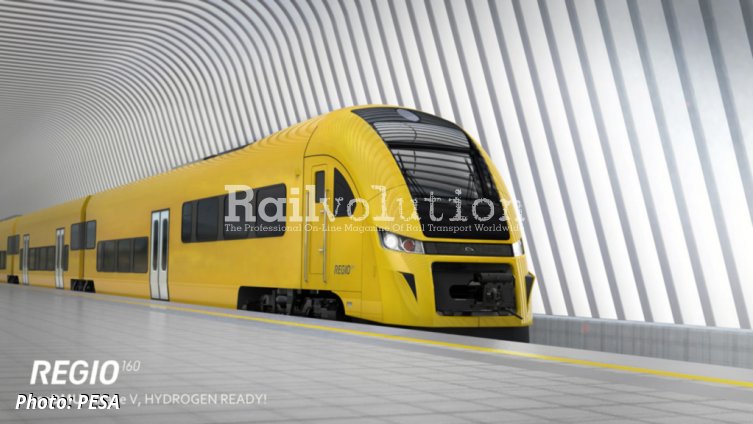 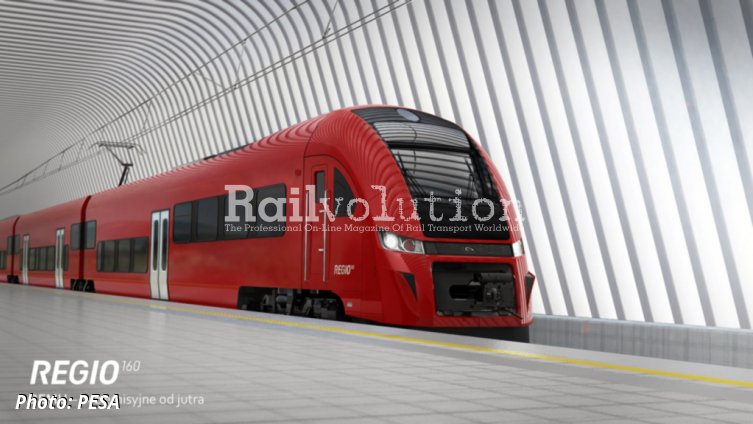 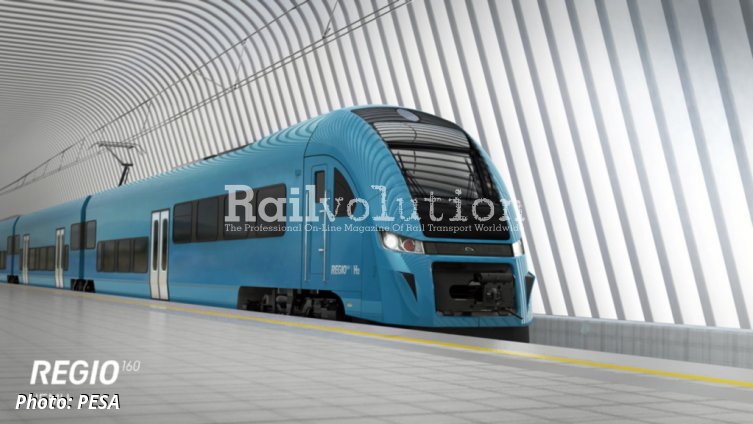 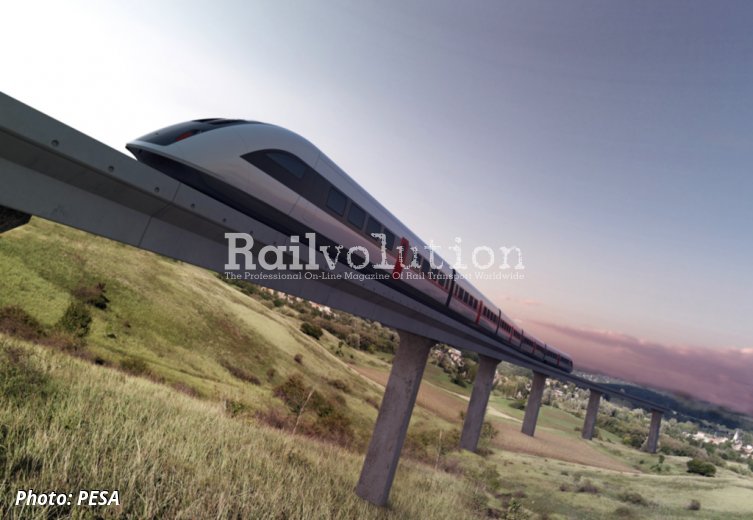 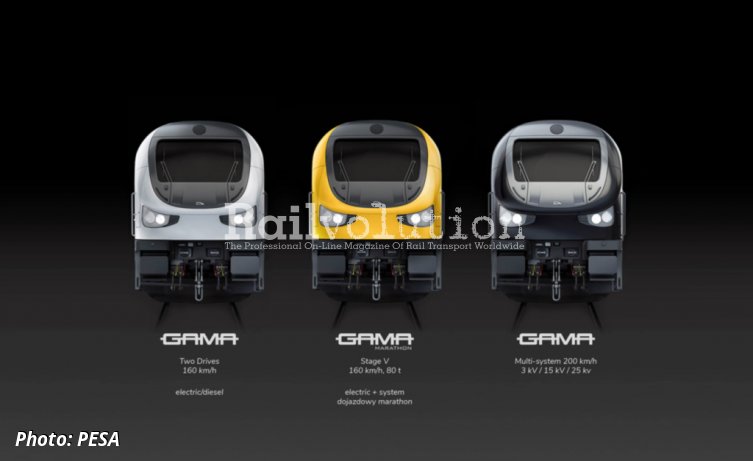 On 22 July 2021, PESA announced that it has started implementing a new strategy, which will include using innovative technologies and building new types of trams, locomotives and multiple units as a response to the zero-emission transport resulting from the Green Deal implementation.

PESA definitely focuses on low-emission vehicles. The most important project is the new Regio160 platform. Its main assumption is one standard construction, which, by modularity of the bodyshell, allows to configure vehicles with different drives and interiors adapted to the operator’s requirements. Various types of vehicles have been designed as part of the Regio160 Platform and includes DMUs, EMUs, BEMUs and HEMUs.

Projects related to hydrogen propulsion will also be consistently developed - a shunting locomotive powered by hydrogen cells will be presented at TRAKO, and the experience gathered during its production will be used in the already started work on a HEMU. PESA will also work on a new generation of double-deck push-pulls trains, dedicated to both inter-city and regional services, using its experience with the trains earlier built for Koleje Mazowieckie.

PESA is also preparing to produce trains with speeds above 200 km/h. It will implement these projects with external partners, and it does not exclude cooperation with suppliers of ready-made solutions or technologies, as well as with various manufacturers of rolling stock.

In the coming years, PESA also wants to strengthen its position as a tram manufacturer. This is confirmed by orders obtained recently, including those from Romania, Sofia and Košice (Slovakia). Expansion into other European markets is to be possible thanks to the new tram, which will be based on a single structure and will provide the ​possibility of modular design of the interior and equipment.

The company's portfolio will be complemented by locomotives of the Gama family. They will be dual-power locomotives (electrodiesel), electric locomotives with an auxiliary diesel engine and multi-system (3, 15 and 25 kV) locomotives, with a speed of up to 200 km/h.

PESA's 2025+ strategy also assumes the development of new technologies and strong IT tools, cost optimisation of current products, restructuring of company’s business and organisational model, and building a profitable aftersale segment. All this is to help the company strengthen its position as the leader of the domestic market and expand into new foreign markets.

Krzysztof Zdziarski,  PESA CEO, emphasized: „The fact that we deliver vehicles on time and that our customers are satisfied is the result of changes introduced in all areas. We have improved direct relations with operators, we have adapted vehicle designs to customer needs,  we have restored good relations with suppliers and partners, we have started a technological breakthrough in production focus on robotisation and automation, we reliably manage financial processes and settlements. All this creates a new image of PESA.“

The coming weeks will be very busy for PESA. The company, for example, starts deliveries of ELF2 EMUs for Koleje Małopolskie and will test the new Class 654 EMU for RegioJet, which will be PESA’s first dual-voltage unit. The latter together with the hydrogen locomotive will have their premiere at the TRAKO fair in Gdańsk in September. Among other projects are LINK DMUs for NEB and the new generation DMUs for ČD, the Gama locomotives for RCP, Pol-Miedź Trans (PMT) and PCC Intermodal.