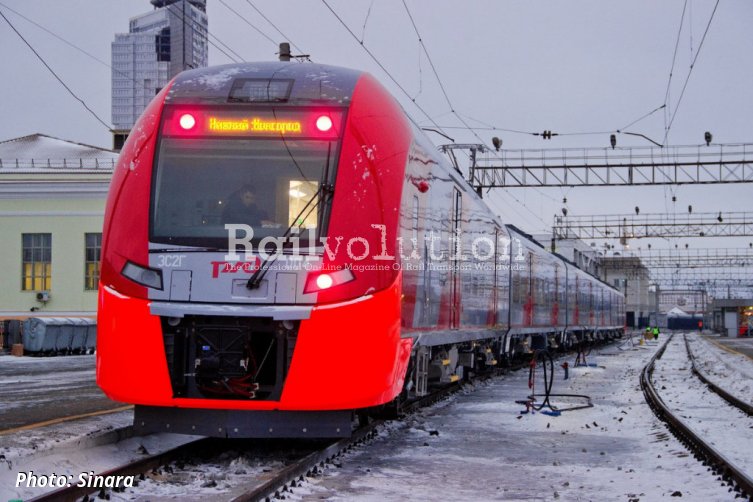 On 7 February 2022, a new Uralskie Lokomotivy’s regional maintenance centre was opened in the Nizhny Novgorod depot on the Gorkovskaya doroga (Gorky railway). The centre will provide warranty support of the UL-built Lastochka EMUs.

So far, the Lastochkas carrying passengers between Moskva and Nizhny Novgorod have received servicing under warranty only at the Podmoskovsknaya depot in Moskva. Due to the development of the Nizhny Novgorod region as one of Russia's tourist centres, passenger’s interest on this route is increasing annually and the need for comfortable trains with increased capacity is growing.

The Class ES1P Lastochka with an enhanced comfort went on regular service between Moskva and Nizhny Novgorod on 1 October 2021, so the latter region became the 25th Russian region where these UL-built EMUs are operating. At present four ten-car Class ES1P EMUs are already running on the Moskva - Nizhny Novgorod line.

In addition, for the future the introduction of Lastochkas on the Nizhny Novgorod - Kirov line is being considered, the travel time being less than five hours, and the test runds were made in 2021. Therefore, UL decided to open a new regional service centre in Nizhny Novgorod. At the moment, the staff is being recruited and workplaces and the site are being organised.

A total of 16 regional UL service centres are in operation today, located across Russia from Kemerovo to Kaliningrad, these focusing also on the UL-built electric locomotives.