A PSO Contract For The Wien - Salzburg Route 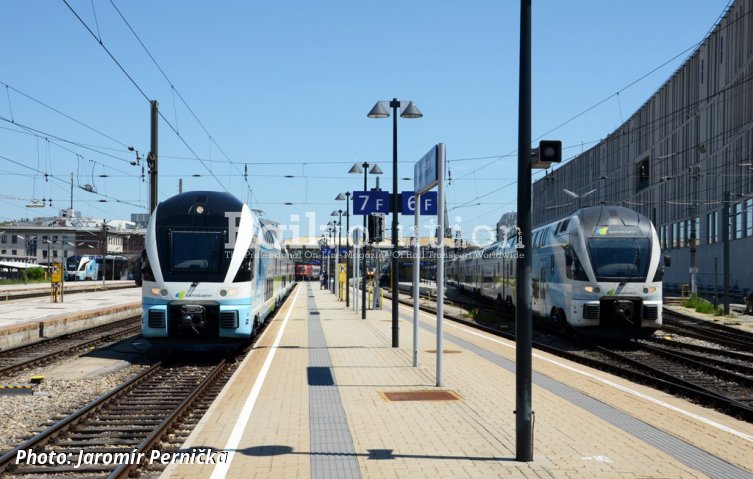 On 17 April the Austrian Ministry of Transport (BMK) temporarily awarded WESTbahn and ÖBB a temporary PSO contract for the Wien - Salzburg route. On this way, BMK (Bundesministerium für Klimaschutz, Umwelt, Energie, Mobilität, Innovation und Technologie, the Ministry of Climate Protection, Environment, Energy, Mobility, Innovation and Technology) ensures the reliable rail public transport as a basic service and strengthen it as the backbone of mobility despite the effects of the COVID-19 pandemic for the coming months.

Under standard circumstances, the long distance passenger operation on the Wien - Salzburg line is realised by ÖBB and WESTbahn without government subsidies (open access). However, once the Government measures aimed at reducing the spread of coronavirus were introduced in Austria, there was a drastic drop in transport demand, to which the operators responded by reducing the number or capacity of trains.

With the emergency PSO (Public service operation) award to WESTbahn and ÖBB, the hourly intervals between Wien and Salzburg are maintained. The new timetable starts on 20 April 2020 and will provisionally apply for three months. It will be a common timetable in which each of the two companies offers a two hour diagram, resulting in an hourly service for travelers between Wien-Meidling and Salzburg main station, stopping at all important stations.

As usual, WESTbahn will continue to depart from Wien Westbahnhof but run via Meidling (instead of Hütteldorf) and will in addition to its regular scheme also stop in Tullnerfeld, St. Valentin and Neumarkt-Köstendorf. For the time of the PSO order both WESTbahn and ÖBB will mutually accept their standard tickets in long distance trains.  Promotional tariffs will be not offered during the emergency timetable.

WESTbahn stated: „This was a welcome and unbureaucratic measure taken in the light of the corona crisis in order to secure traffic on this Austrian vital line.“ In the present WESTbahn emergency timetable, valid from 25 March 2020, the operator offers only five regular daily train pairs between Wien and Salzburg, with three more pairs on certain days. For WESTbahn (a long-term critic of the direct awarding of Austrian PSO contracts to ÖBB), the „corona“ contract with the Ministry of Transport is an important moment, since it is the first PSO contract for this open access operator (albeit awarded during non-standard circumstances).