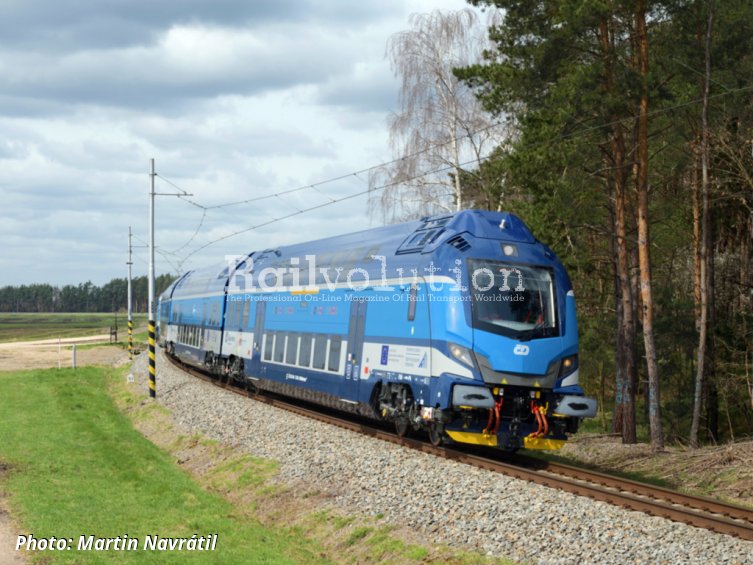 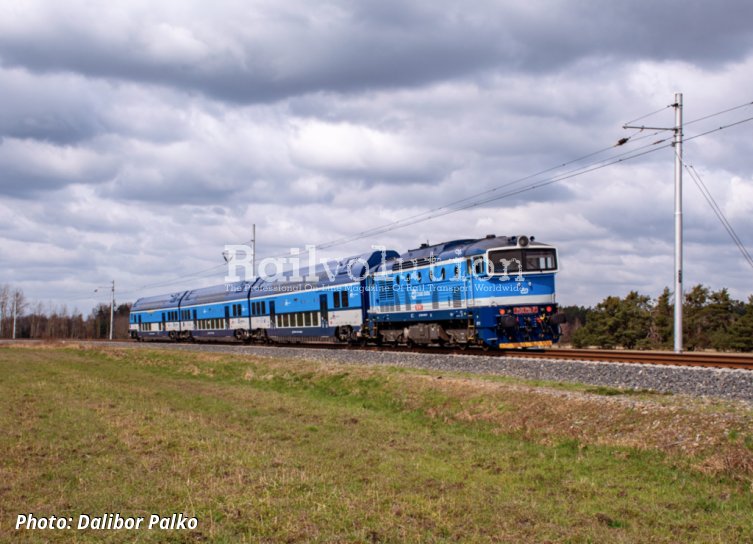 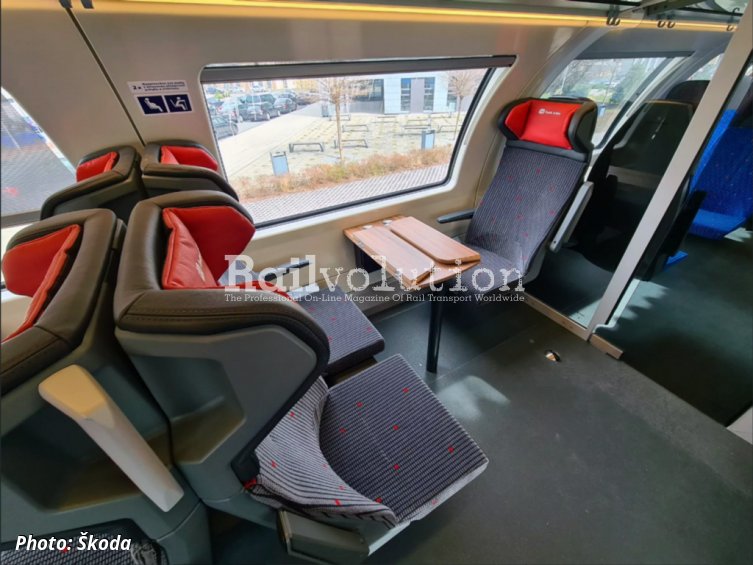 Tests of cars from the ČD contract for five three-car double-deck rakes intended for operation in Moravskoslezský kraj (MSK, Moravian-Silesian Region) are proceeding to the next phase.

Most recently, on 12 April 2021, one rake from Pilsen, where it had been tested at the Škoda Transportation works since February, was transported to the test circuit at Velim, where it subsequently started test runs, being hauled by 750.719 diesel locomotive, one of those to be used in regular service in first years (until the line between Ostrava and Frenštát pod Radhoštěm will be electrified).

In coming days, the second rake, from Škoda Vagonka Ostrava works, is to arrive at the VUZ Velim test centre, too.