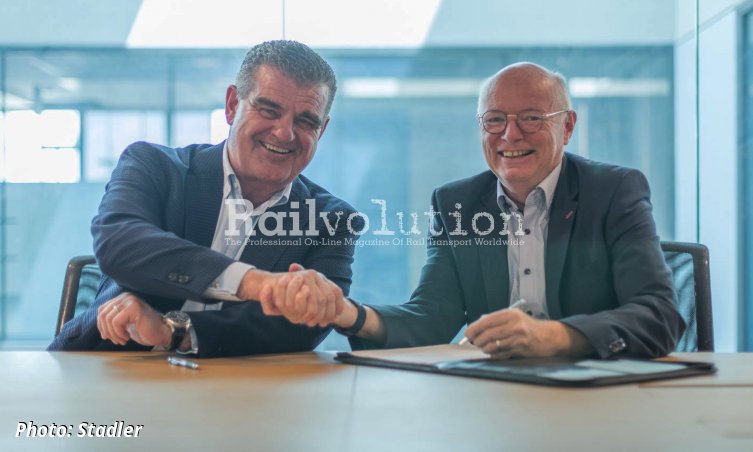 On 31 May 2022 SBB, Thurbo, RegionAlps and Stadler signed a framework agreement for up to 510 FLIRTs, representing the largest vehicle tender in Swiss rail history. In an initial call-off order, Stadler will deliver 286 units, representing an order worth of around 2 billion CHF.

In October 2021 SBB, Thurbo and RegionAlps awarded Stadler a framework agreement for the delivery of up to 510 FLIRT EMUs. The Swiss Federal Administrative Court has rejected the objection of an unsuccessful bidder (Alstom) from last year. Now the contract has been signed, and Stadler can start building a batch of 286 FLIRTs from the initial order.

This will include 155 four-car FLIRTs for SBB, 24 four-car FLIRTs for RegionAlps, and 19 four-car and 88 three-car FLIRTs for Thurbo. The first trains are expected to be in service from December 2025. Delivery of the last vehicle from the initial call-off order is scheduled for 2034. The framework agreement includes an option for up to 224 additional FLIRTs.

“We are incredibly proud to be able to build these new trains to help expand Swiss regional transport. In 2002, SBB was the first operator to order the FLIRT model shortly after its development. It is a great honour for us that after a 20-year success story, the 2,500th FLIRT sold will now also run on Swiss rails. We would like to thank SBB, Thurbo and RegionAlps for the trust they have placed in us and look forward to deepening our long-term cooperation even further,” says Peter Spuhler, Chairman of the Board of Directors and Group CEO ad interim of Stadler.