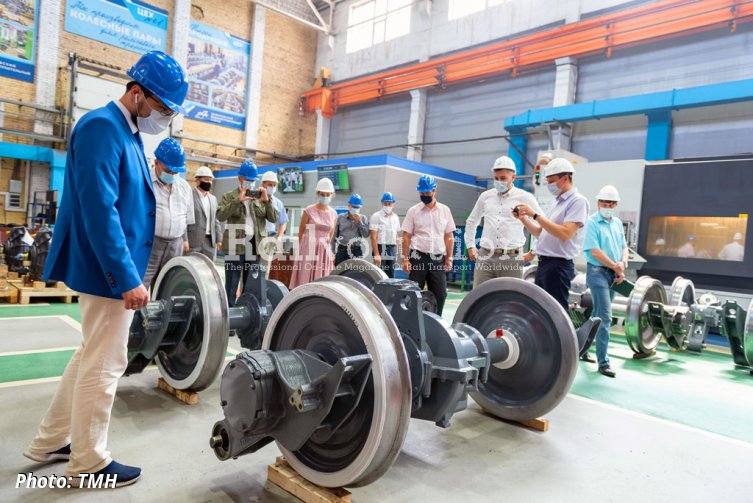 DMZ (Demikhovsky mashinostroitelny zavod, Demikhovsky machinery works, part of Transmashholding) began production of the new axle-gearboxes which, together with the DMZ-built wheelsets, are destined for RA3 DMUs built by Metrovagonmash.

In September 2020, DMZ received a certificate of compliance for its new product with the requirements of TR TS 001/2011 standard. The new DMZ production was mastered within the „importozameshchenie“ (import substitution) program, replacing the axle-gearboxes initially made in Germany (by ZF). In each two- or three-car RA3 DMU, four axle-gearboxes are fitted.

The design of the new axle.gearbox and preparations for production took at DMZ for about a year. The first samples of the new gearboxes, together with wheelsets, were produced by DMZ in July 2020. Then followed a comprehensive testing of the products, and in August, the test results were reviewed by the acceptance committee, which included experts from RZD, Metrovagonmash and TMH Engineering. Based on the inspections carried out in September, DMZ received a certificate of conformity for production of new axle-gearboxes with the wheelsets for a period of five years.

TMH stated that „in addition to economic benefits, concentrating the production of new gearboxes and wheelsets on one site will allow for better quality control and logistics optimisation, and will avoid sanctions risks.“ DMZ is the main supplier of wheelsets for Metrowagonmash and its metro cars and railbuses, including the newest Class RA3 DMUs.