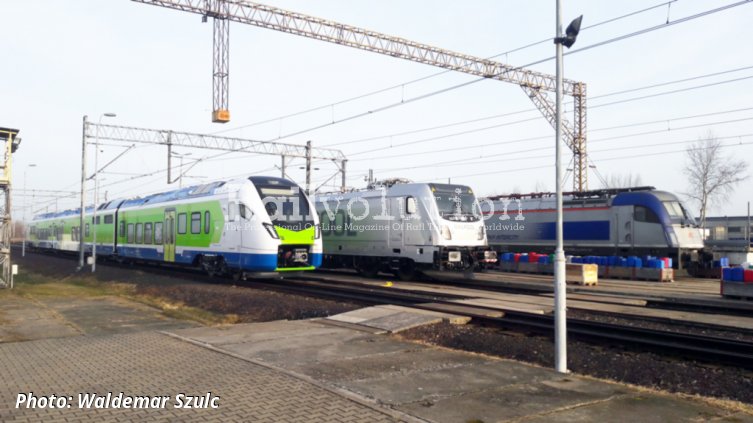 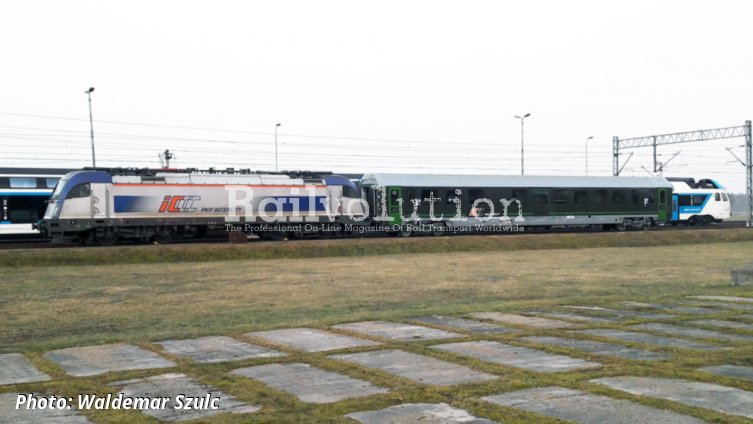 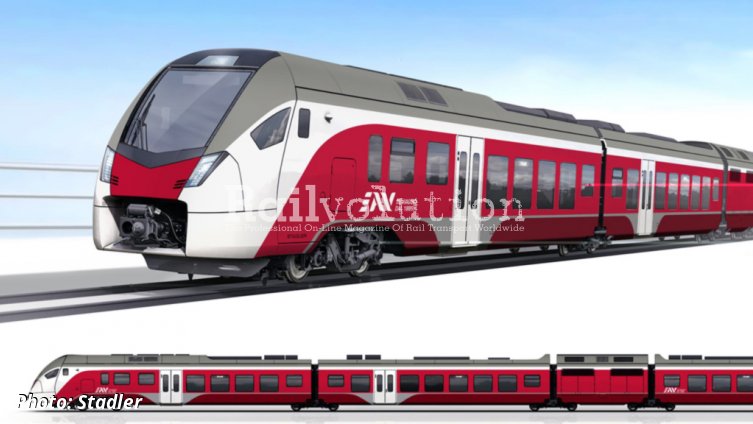 In February 2021, a new Class ATR 803 FLIRT DMU destined for FNM arrived on the OETD IK test circuit from the Stadler Siedlce works. Designated 95 83 3803 001-7 I-TN, it is the first train from a framework agreement signed on 21 November 2018 between FNM and Stadler for a batch of 50 DMUs for local services.

This was in response to an invitation to tender issued by Lombardia, which is providing 1.6 billion EUR of its own finance for the project. The framework agreement has an eight-year validity, and specifies a minimum of 30 new trains, and a maximum of 50, together with first level and corrective maintenance. The first definitive order was placed by wholly-owned FNM subsidiary, FERROVIENORD, for thirty three-car FLIRTs. This order is worth 191,850,000 EUR, giving a per train price of 6,395,000 EUR.

Each train is 66.8 m long over couplings and is fitted with 168 seats, space being available for up to 160 standees. The Class ATR 803 FLIRTs are designed for a top service speed of 140 km/h, and are powered by two Euro V-compliant diesel engines, situated in a Power module in the centre of the train. They have an output of 1,200 kW, a maximum braking power of 1,000 kW on the wheels, and weight of 135 t. The minimum curve radius negotiable is 90 m.

Lombardia specified that the trains must be as environmentally friendly as possible, and must incorporate innovative features to achieve this. In addition to the diesel engines, the trains are fitted with two sets of batteries, capable of operation in conjunction with the diesel engines. This will enable the DMUs to run on battery power in environmentally sensitive areas, such as built-up areas and when departing from stations. Noise will also be reduced.

The batteries which will be recharged during regenerative braking can also be used to enhance acceleration by up to 20 % in comparison with the present fleet. This will be advantageous on all-stations services, where here are a large number of stops. Compared to the current fleet, the fuel consumption shall be reduced by 30 % with an estimated saving of 3 million EUR a year.

The air conditioned passenger accommodation is fully gangwayed. Interior illumination is by means of LEDs, WiFi reception will be available, and 220 V power sockets and USB ports are installed, together with passenger information systems. Two WC cubicles are provided, one of these being wheelchair-accessible.

To facilitate boarding ad alighting for handicapped passengers, the entrance doors are fitted with retractable ledges to reduce the gap between platform and train floor. The entrance doors themselves are equipped with lights which indicate when they are opening and closing. The whole of the passenger accommodation will be under CCTV surveillance. Space will be provided in the multi-purpose areas for wheelchairs, prams and bikes. Deliveries of the FNM FLIRT DMUs, following authorisation, were initially scheduled to start in 2021.

However, now the start of passenger service is to take place in 2022, once the authorisation has been completed. It is envisaged that ATR 803 001 will be tested at Źmigród at least until late April. Currently, there are five ATR 803s in the final assembly at the Siedlce works, where also the Power modules are being assembled.

The above mentioned November 2018 framework contract with FNM was used again on 25 May 2019, when the Ente Autonomo Volturno (EAV) of Napoli joined forces with FNM to place an order for five new FLIRT diesel-electric hybrids for use on the Ferrovia Alifana, a 41 km 1,435 mm gauge non-electrified line between Piedimonte Matese and Napoli Centrale. EAV is perhaps better-known as the operator of the 950 mm gauge Circumvesuviana network, and it recently ordered a batch of new EMUs.

Deliveries are scheduled to be completed within 36 months, by May 2022 (subject of COVID-19). Under the 35 million contract Stadler is to provide regular maintenance. The new trains will be authorised for use on both the national RFI network as well as on the Ferrovia Alifana. This will be the first time that Stadler products have been used on the rail network serving Napoli.

The collaboration between EAV and FNM is rather unique. According to EAV President, Umbertto de Gregorio: „This is an important step in the quest for collaboration between railway companies to reduce time and costs, in the interest of the general public. It is the first experiment of its kind at a national level, which may be followed by other similar initiatives to reduce the amount of bureaucratic procedures involved.“