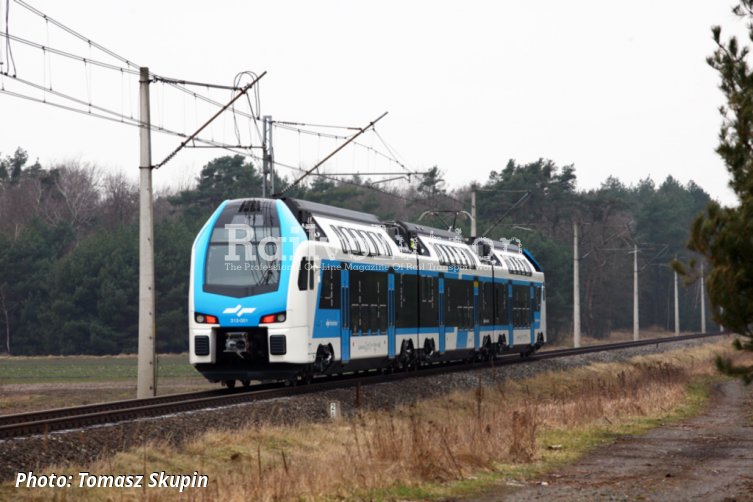 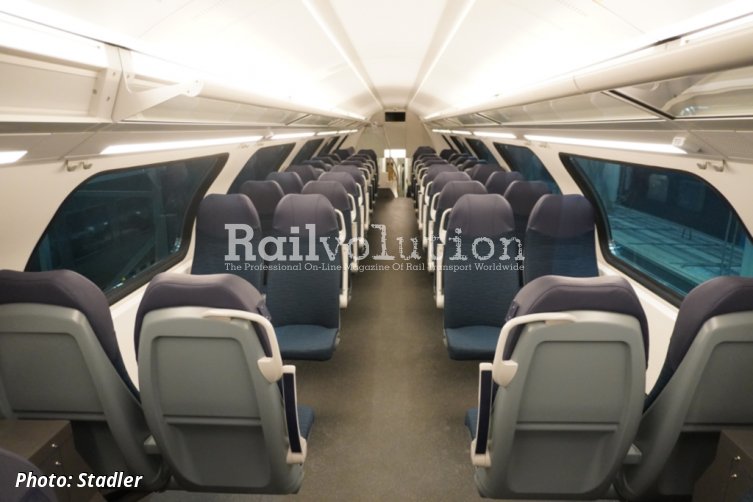 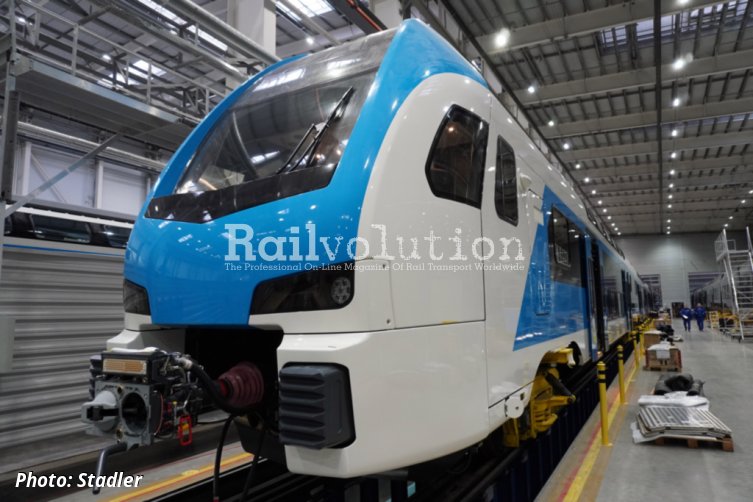 One of the vehicles currently being tested on the OETD IK Żmigród circuit is the first of ten KISS double-deck EMUs for Slovenske železnice. They are being built at the Stadler Minsk works and are designated Class 313/318 (the end and intermediate cars).

The first Slovenian KISS arrived in Źmigród on 1 February and it is envisaged to stay here until 4 August 2021. The date when it will be sent to Slovenia will only be specified according to circumstances.

By mid-February, the fourth set, 313-007/008, had been completed at the Minsk plant. The finished trains are sent from Fanipol to Siedlce, where they are prepared for tests at Źmigród. The transport of the first three units took place by road, while for the rest of the batch it will be similar to the KISSes for MÁV-START, i. e. by road only in the Fanipol - Brest section and in the Brest - Siedlce section by rail.

They come from a contract signed in April 2018 between SŽ and Stadler for five three-car FLIRT DMUs, 11 four-car FLIRT EMUs and 10 three-car KISS EMUs. The contract also included an option, which was confirmed on 27 May 2019 and includes 16 FLIRT DMUs and 10 FLIRT EMUs. As a result, SŽ will have a total of 52 new units. All will be dislocated in the Ljubljana depot.