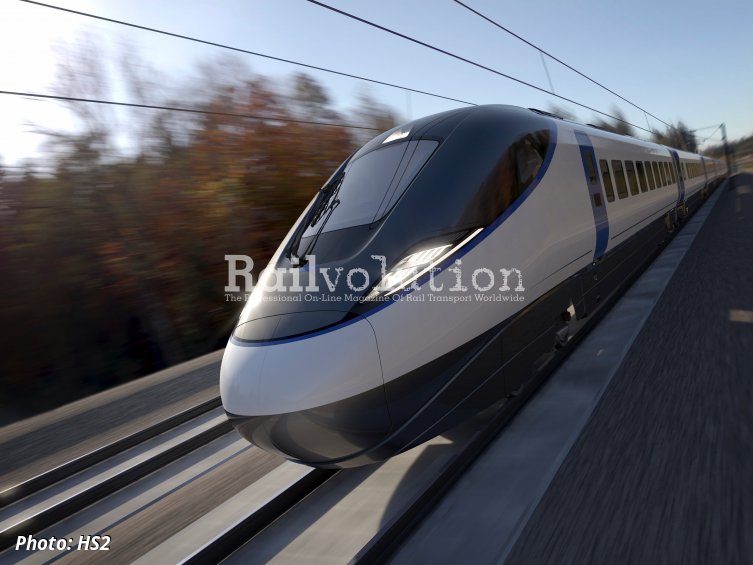 On 9 December 2021, HS2 Ltd confirmed that a Hitachi/Alstom JV has been awarded the contracts to build Britain’s next generation of high speed trains at their factories in Derby and County Durham. The landmark contracts - worth around 2 billion GBP - will see the JV design, build and maintain a fleet of 54 high speed trains that will operate on HS2 - the new high-speed railway being built between London, the West Midlands and Crewe.

Capable of speeds of up to 225 mph (360 km/h), they will also run on the existing network to places such as Glasgow, Liverpool, Manchester and the North West. Building on the latest technology from the Japanese Shinkansen ‘bullet train’ and European high-speed network.

The design, manufacture, assembly, and testing of the new trains will be shared between Hitachi Rail and Alstom. The first stages including bodyshell assembly and initial fit-out will be done at Hitachi Rail’s facility at Newton Aycliffe, County Durham. The second stage of fit out and testing will be done at Alstom’s Litchurch Lane factory in Derby.

In another major boost for train-building in the UK, all the bogies will both be assembled and maintained at Alstom’s Crewe facility - the first time since 2004 that both jobs have been done in the UK. Hitachi Rail has recently completed a 8.5 million GBP investment in new welding and painting facilities at Newton Aycliffe where the 432 HS2 bodyshells will be manufactured.

A recent study commissioned by Hitachi/Alstom JV estimates that the award could generate benefits of 157 million GBP per year across the UK and support 2,500 jobs including opportunities for apprenticeships and graduates.

The first train is expected to roll off the production line around 2027. Following a rigorous process of testing and commissioning, the first passengers are expected to be carried between 2029 and 2033.

Designed to be fully accessible, the interior layout will be decided following a two and a half year collaborative design process involving HS2 Ltd, the Department for Transport and the West Coast Partner, the operator of the trains when they first come into service.

Serving destinations such as Liverpool, Glasgow, Birmingham, and London, HS2 trains will operate seamlessly between HS2 and the existing network halving many journey times across the UK. Each train will be around 200 m long, with the option to couple two units together to create a 400 m long train with up to 1,100 seats.

The train will also benefit from Hitachi Rail’s pioneering low noise pantograph, and will also be 15 % lighter and offer 30 % more seats than comparable high-speed trains in Europe - such as the Italian ETR1000 built by JV between Hitachi Rail and Alstom.

Alongside, design, manufacturing and testing, the contracts also included 12 years of maintenance which could be extended in the future to cover the estimated 35-year life of the rolling stock. The fleet will be maintained at a new maintenance depot being built by HS2 Ltd at Washwood Heath on the outskirts of Birmingham, creating jobs and additional apprenticeship opportunities.