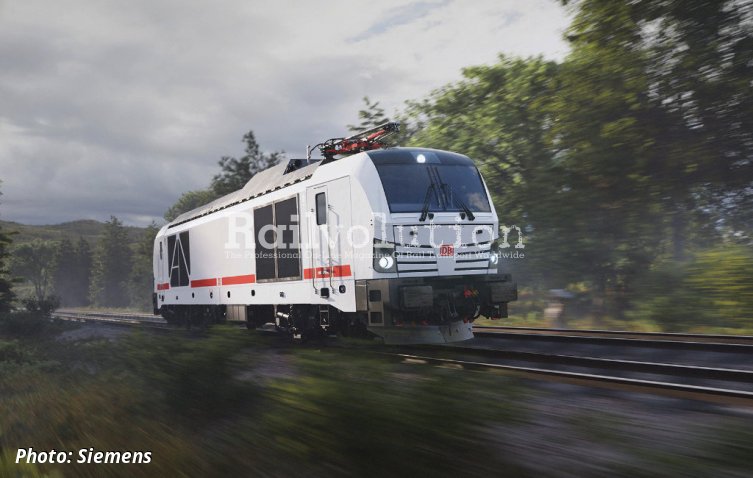 On 22 September, Siemens Mobility announced at InnoTrans that it will deliver 21 Vectron Dual Mode (DM) locomotives to DB as part of the September 2020 framework contract with DB. However, the new contract was actually awarded as early as 30 August 2022.

While the TRAVCA eletric locomotives are to haul the ICE L „high speed trains“ on the Berlin - Hannover - Bad Bentheim - Amsterdam route, these Vectron DMs will be used by DB Fernverkehr to haul the ICE L non-powered multiple units (NMUs) on the non-electrified lines, because the ICE L trains are also planned to operate on the touristically important domestic routes Westerland (Sylt) -  Köln, Westerland - Frankfurt/M - Karslruhe, Westerland - Berlin and Köln - Oberstdorf from 2026.

There are long non-electrified sections Itzehoe - Niebüll - Westerland (173 km) and Neu-Ulm - Kempten - Immenstadt - Oberstdorf (127 km). It is for these that the Vectron DMs are intended, some of which are also to serve as rescue locomotives for failed trains, e. g. on the new Wendlingen - Ulm HSL and probably also on the VDE8 Halle/Leipzig - Erfurt - Ebensfeld HSL. These Vectrons will have a top speed of 160 km/h, a power output of 2,400 kW in electric mode and 2,030 kW in diesel mode.

In this way, DB has decided to solve a fundamental problem, which is also related to the orientation towards non-powered units and which in this case stems from the fact that TRAVCAs will not be dual-source locomotives.

It is not so much the „detail“ that until recently TRAXX DE ME Class 245 diesel locomotives were envisaged for this purpose (some of which were already built by the Kassel works of „Alstombardier“ but rejected due to problems with the OBU ETCS homologation), but rather the fact that two completely different locomotive designs will be used to run one type of NMU: TRAVCA for running Talgo 230 sets on electrified lines and Vectron DM for running on non-electrified sections.

The use of two quite different types of locomotives will therefore not only mean greater operational and maintenance costs for the operator itself, but will also bring additional handling at stations where locomotives will have to be changed and where they will have to be stored for waiting for its new service. This is in a situation where some 3,500 km of lines on the DB Netz network are already classified as congested and are set to grow to more than 9,000 km by 2030 (the DB Netz network currently measures some 33,000 km).

The option of adding the Vectron DM as a heading locomotive to the TRAVCA for non-electrified sections would not have a much better balance either: although the time for simple coupling the Vectron would be shorter compared to the change of locomotives at the train front and the TRAVCA would not „hinder“ in the station, but the unnecessary dead weight of the TRAVCA electric locomotive would be carried unnecessarily (which would negate the advantage of the lighter Talgo rake) and its running hours would be unnecessarily increased (the sections without the catenary are not that short ...).

In addition, the activities in question will require additional human work in the hazardous space between the locomotive and the end car of the NMU, which will be fitted with screw couplings and buffers, although the current trend and effort of operators (including DB) is precisely the opposite, to reduce this activity by using automatic couplings.

All this at a time when:
- DB is not even able to remove a defective carriage from the passenger train in stations on its journey due to the absence of shunting personal, and instead it cancell the entire train (like the „Berliner“ trains on the Czech-German border in last August),
- long-distance services are not keeping the timetable (only 58 % of them arrived on time in June 2022, while in June 2021, 75 % were on time),
- DB is looking for ways to simplify the organisation of operations at large stations.

All the issues described above could be solved more elegantly and cost-effectively by using dual-power multiple units instead of non-powered multiple units with two types of locomotive. Enough of EDMUs are available on the market - for example in the UK there are significant numbers of Type HSE sets from Hitachi Rail, which have a design speed of 230 km/h, too. One of the EDMU benefits would be the short time of transitions between electric and diesel mode, which can be done during a short stay in the stations or even while the train is running.

And last but not least, the negative effect of locomotives with high axle-load on the track when running at higher speeds would be eliminated (as ÖBB Infra knows from operation of railjets on the Westbahn high speed line).