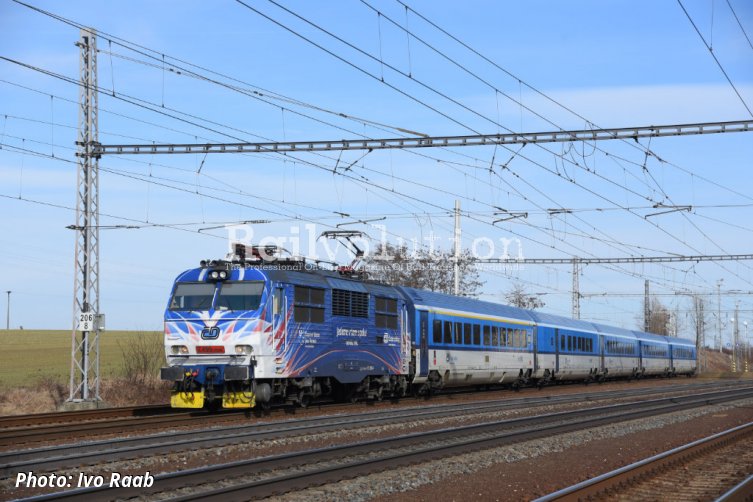 On 24 February 2022, an InterJet rake was used for the first time out of its regularly diagrammed workings instead on the „Krušnohor“ (Praha - Ústí nad Labem - Cheb) and „Západní expres“ (Praha - Plzeň - Cheb) services. Due to a catenary fault at Praha-Radotín station, the Pendolino on SC 505 Karlovy Vary - Praha - Ostrava service had to be replaced by another set.

While in the past, the usual locomotive-hauled trains were used, and occassionaly also seven-car railjets were diagrammed, this time a five-car InterJet set was used. It was deployed on the trains SC 30505 Praha - Hranice na Moravě (on the route from Praha instead of SC 505 Karlovy Vary - Ostrava) and back as SC 506 Hranice na Moravě - Prague (instead of Ostrava - Praha).