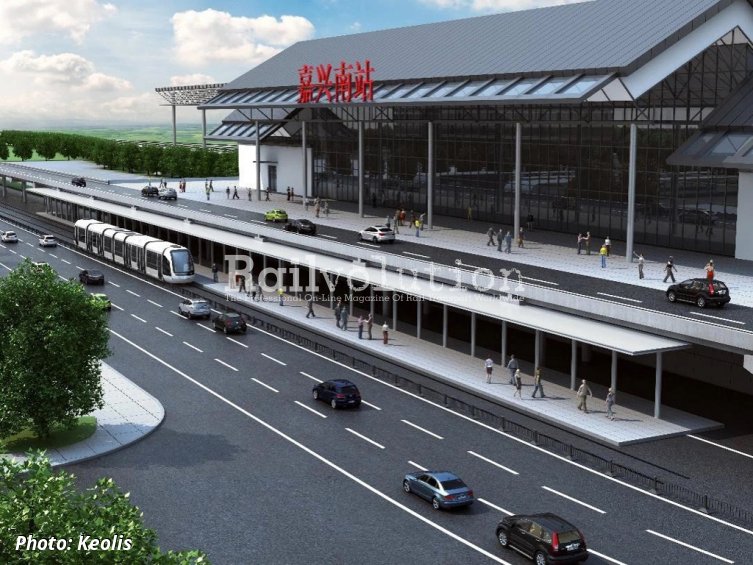 Jiaxing is one of the most densely populated city in China’s eastern coastal province of Zhejiang. Scheduled to open on 1 July 2021, the catenary-free network is the province’s first tram system and will serve Jiaxing’s 4.65 million inhabitants. As the first Keolis-operated public transport network in China outside Shanghai, this new contract expands the company’s Chinese footprint,

The Jiaxing tram network is designed to become the city’s go-to public transport option. As the first tram network in Zhejiang province, it will help create an integrated rail transport option in the bustling Yangtze River Delta, one of China’s three great metropolitan regions. The catenary-free network will have two lines spanning a total of 15.6 km and 26 stations, including Jiaxing regional train station and Jiaxing South for high-speed rail. A total of 20 trams made by CRRC will run on it, with daily ridership expected to reach 50,000 passengers a day.

With the need for shared mobility on the growth, a third line will be added in 2023, bringing the total to 35.7 km of line, 55 stations and 45 trams. Shanghai Keolis will manage the new company set up to operate and maintain the new Jiaxing tram network. Plans include the recruitment of 200 new employees including drivers, maintenance technicians and customer support staff.

Shanghai Keolis, a Shanghai Shentong Metro Group (51 %) and Keolis (49 %) joint venture, was created in June 2014 and counts some 400 employees today. In addition to the Jiaxing tram network, this JV also operates:
- the first automated metro line in Shanghai since March 2018,
- the Songjiang tram network in the suburban district of Shanghai since December 2018,
- the automated Shanghai Pudong International Airport since September 2019.