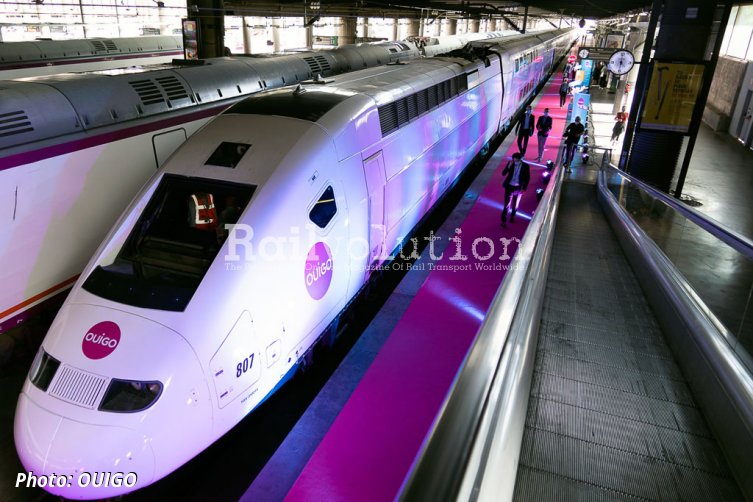 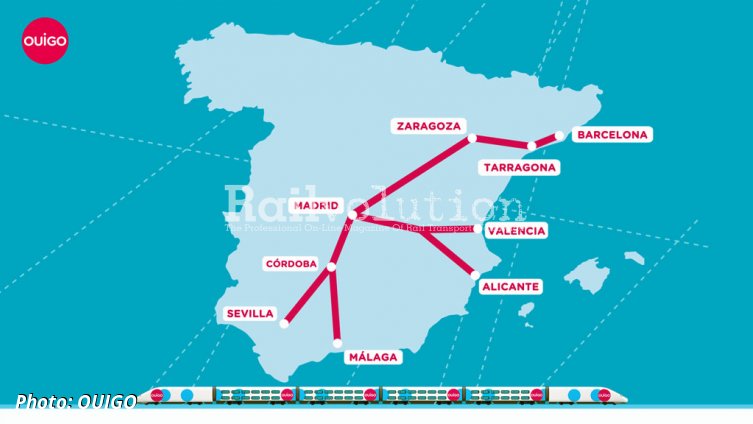 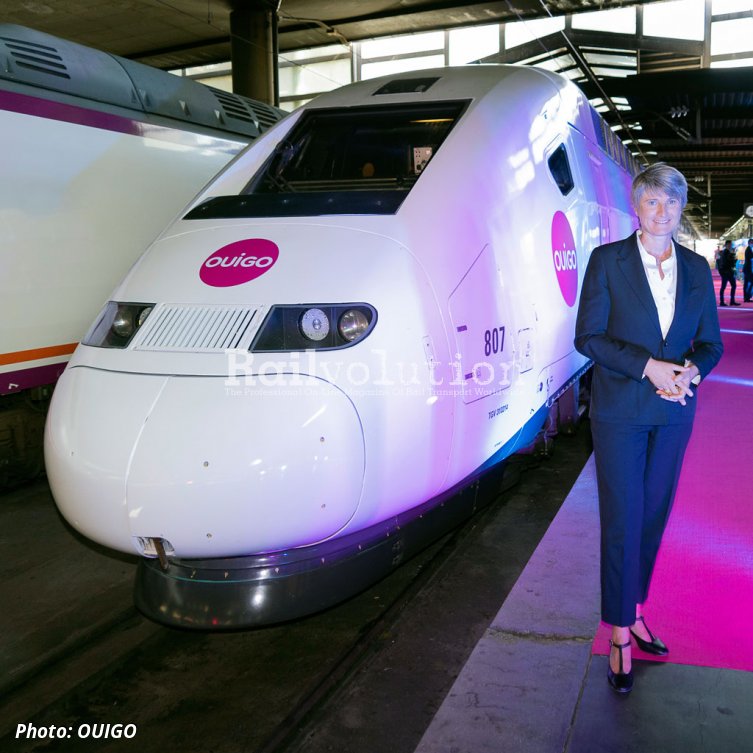 SNCF is preparing to enter the liberalised high-speed transport in Spain. This was originally done through SNCF Voyages Développement and its 100% subsidiary Rielsfera; however, it was renamed OUIGO España to bring the brand into line with OUIGO's high speed low-cost offer in France, as a result of which the name Falbalá, hitherto announced for these new Spanish services, was abolished.

These and other news were announced by the OUIGO España management at a press conference on 22 September 2020 at Madrid-Atocha station, where the TGV 807 was also presented, however with the interior which was not yet completely in the new arrangement.

OUIGO España compares its fares with Renfe, against which they are to be on average 50 % cheaper. Despite the above-mentioned uniformity with the OUIGO services in France (on-line ticket purchases, boarding checks at stations, on-board services at an additional cost), the offer of Spanish OUIGO trains will differ in some respects from the French ones. This includes in particular the unchanged number of 509 seats in the TGV Duplex units compared to the modified French OUIGO TGVs with 634 seats, as well as the preservation of the on-board bistro, which was named Ouibar.

OUIGO España, based in Madrid (near Madrid-Atocha station), launched its website on 22 September 2020. The first route to be operated is Madrid - Zaragoza - Tarragona - Barcelona, ​​from 15 March 2021, with up to five pairs of trains per day, under a framework contract signed with Adif Alta Velocidad on 11 May 2020. In addition, OUIGO España also plans Madrid - Valencia/Alicante and Madrid - Córdoba - Sevilla/Málaga services. The exact dates were not announced and will almost certainly be affected by the coronavirus...

OUIGO España now states that instead of the ten TGV 2N2 Euroduplex trains mentioned so far, fourteen will be used. These are gradually being adapted for operation in Spain and are to be completed in the coming months. TGV 807 is now undergoing testing in Spain and is also used for driver training with the second modified unit. They are now located in the Cerro Negro depot (Spanish: Black Hill) in the south-east of Madrid, near Atocha station.

OUIGO España assumes that „the project should achieve financial balance very quickly, in a time of months, not years, if the high patronage will be achieved.“ A strict cost control should contribute to this. The maintenance of the trains will be realised by Alstom, in three Renfe depots. The OUIGO España drivers were partly acquired from Captrain España, SNCF's freight subsidiary, and are trained to drive TGV. In total, OUIGO España expects to have up to 1,300 employees in both direct and related professions.