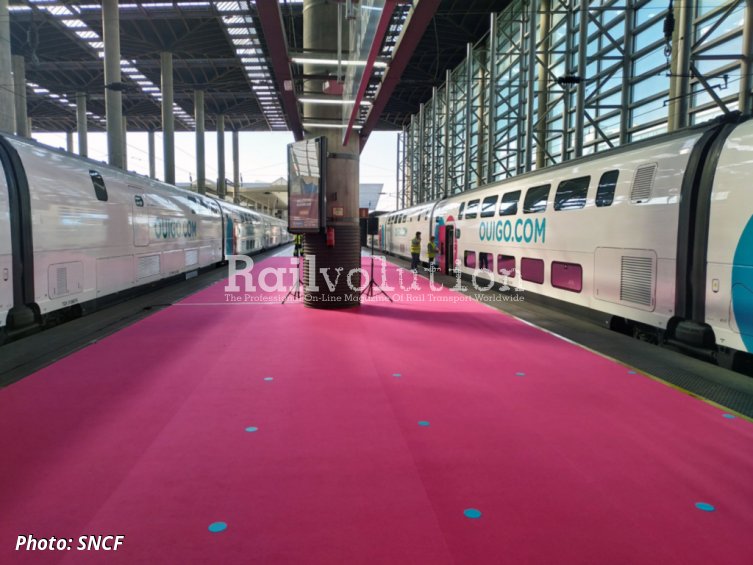 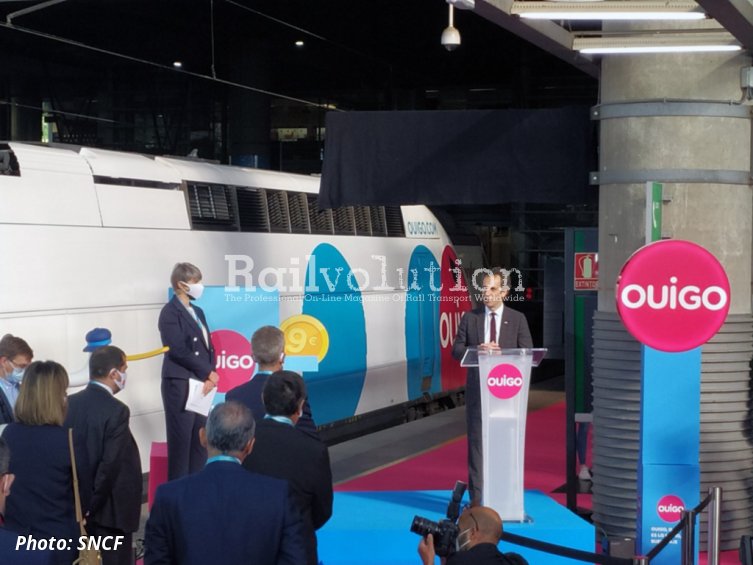 On 7 May 2021 at 10.05 h, OUIGO ran its first passenger-carrying train, reporting number 38283, between Madrid-Atocha and Barcelona-Sants. It was formed by TGV Euroduplex 108 010, and this was a historic occasion - Spain's very first open access passenger service and simultaneously the very first double-deck high speed train running in regular service on the domestic HSL network.

The lunchtime run on the 7th was essentially a presentation event for the media and winners of an online competition launched by SNCF Voyages a few weeks earlier. Fare-paying passengers are to be carried from the 10th.

The start-up coincides with the relaxation on the 9th of the State of Emergency imposed on 9 November 2020 on account of the second wave of COVID-19, now being gradually controlled by mass-vaccination across the country, a significance noted by Chistophe Fanichet, President of SNCF Voyages.

SNCF Voyages has invested 600 million EUR in setting up its Spanish OUIGO operations. Over 1,300 new jobs have been created, 98 % of these long term and full time, including 40 drivers. It is estimated that the new service could generate around 150 million EUR per annum, purely through leisure travel. Since its start in France in 2013, OUIGO has sold tickets to around 150 million passengers.

Starting on 10 May there are five train pairs daily between the Spanish and Catalan capitals, two of these calling at Zaragoza and one at Camp de Tarragona. Single fares, yield managed, start at 9 EUR (adults) and 5 EUR (children), considerably lower than standard Renfe Alta Velocidad fares.

With the start-up of the state operator's own low cost AVLO service scheduled for 23 June 2021, it will be interesting to see how the two competitors manage to increase the demand for high speed rail travel, and abstract traffic from long distance coach operators and domestic airlines - with the prospects of CO2 emissions being reduced as a result.