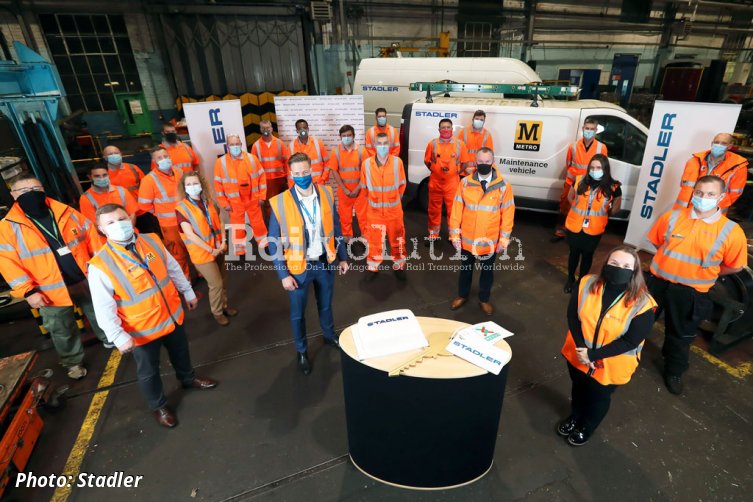 On 4 October 2020, Stadler took on 120 staff from Nexus and assumed responsibility for looking after the Tyne and Wear Metro fleet. This followed Nexus’ announcement in January 2020 that the Swiss rail-builder had been awarded the contract to build 42 new EMUs for the Metro, scheduled to enter commercial operation from 2023. On 4 October 2020,120 Nexus staff based at Gosforth depot in Newcastle upon Tyne were transferred to Stadler. At the same time, Stadler assumed responsibility for servicing and maintaining trains for the Tyne and WearMetro run by public body, Nexus.

Initially, this will be the current fleet, and within a few years, it will be the new trains, set to be introduced into passenger service from 2023. The service and maintenance contract spans 35 years. Work to look after the legacy fleet will be undertaken at the existing depot in Gosforth, dating back to the era of steam locomotives. It will be replaced by a brand new one for the new trains, with construction work starting later in the year. The new purpose-built depot represents an investment of 70 million GBP as part of the 362 million GBP fleet replacement programme led by Nexus.