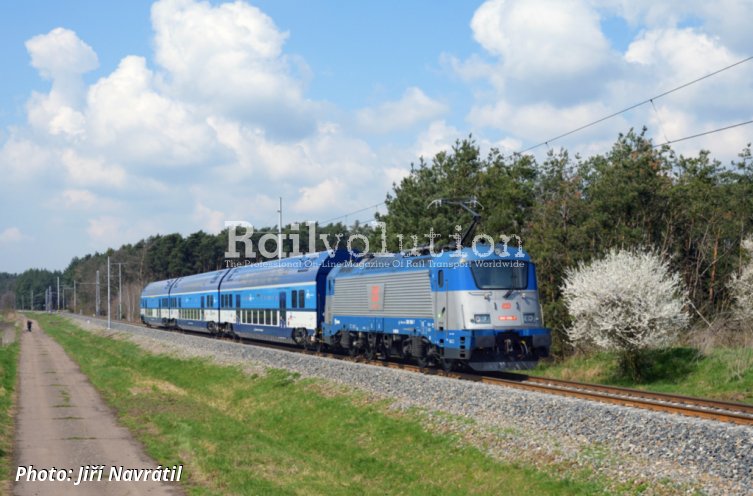 Testing of new double-deck cars from the ČD contract for five three-car push-pull rakes is proceeding to the next phase.

At present, there are two rakes at the VUZ Velim test centre:

- one formed by the driving trailer ABfbdmteeo 86-72 001 (which was earlier tested at RTA Rail Tec Arsenal), the intermediate car Bdmteeo 26-72 102 and the end car Bdmteeo 26-72 202, which arrived in Velim on 15 April, directly from Škoda Vagonka in Ostrava.

Following test runs using locomotive 750.719, the latter returned from Velim to its home depot of Bohumín, and subsequently started a new phase of testing of the rakes, using the Class 380 electric locomotive.