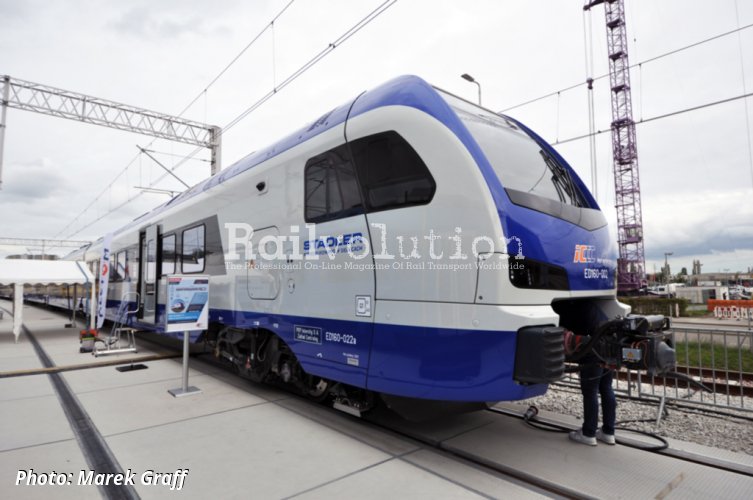 Between 21 and 24 September 2021, the 14th TRAKO trade fair was held in Gdańsk. This year TRAKO attracted nearly 23,000 visitors from 39 countries, 130 media representatives and more than 500 exhibitors from all over the world.

The design differences from the first batch caused that the trains are subject to a separate approval process by the Polish railway authority UTK. To this end, they have been provisionally renamed Class ED150. However, a second FLIRT on display at the fair, was already designated ED160-022. Type approval is already underway, the documents for it were submitted to UTK in October. ED160-021 is now at the Siedlce works and is being prepared for test service.

Deliveries have been delayed due to the COVID-19 pandemic, with the first trains originally scheduled to be delivered by February 2021. Following the type approval from UTK, the first two new FLIRTs should spend 6 - 12 months in commercial test service with passengers. This is now envisaged to start in December 2021 and each of both trains is expected to travel at least 150,000 km during this period. Production of the remaining ten units will then commence, to be delivered by August 2023.