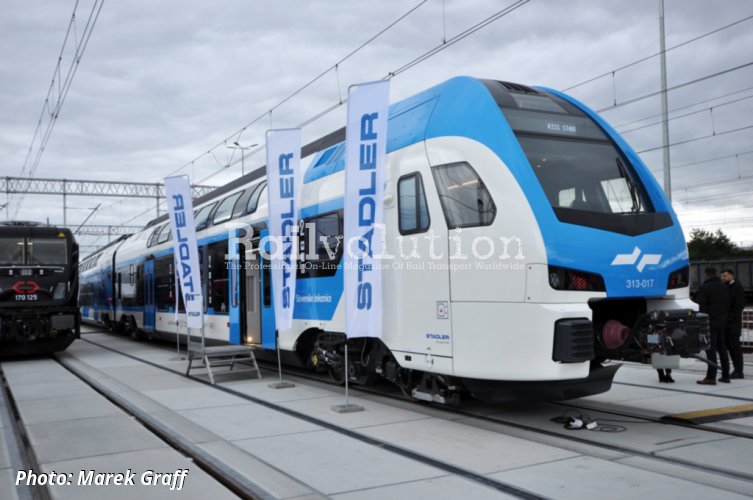 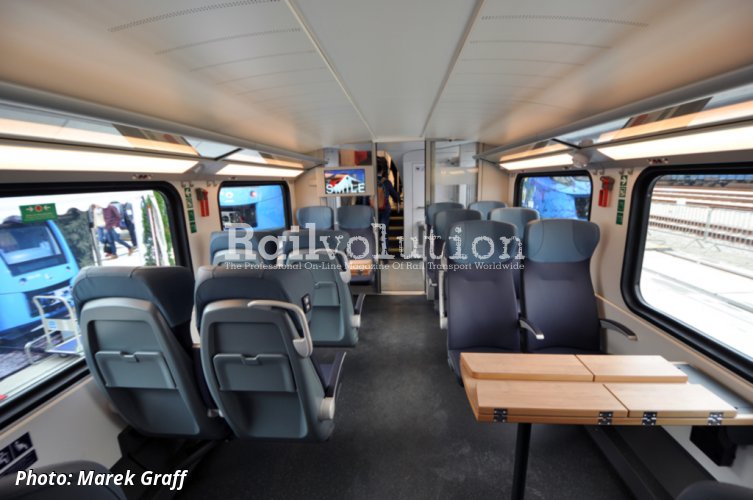 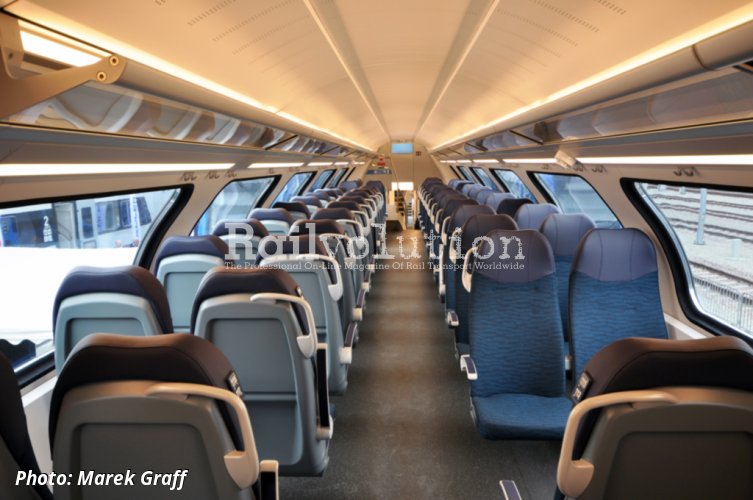 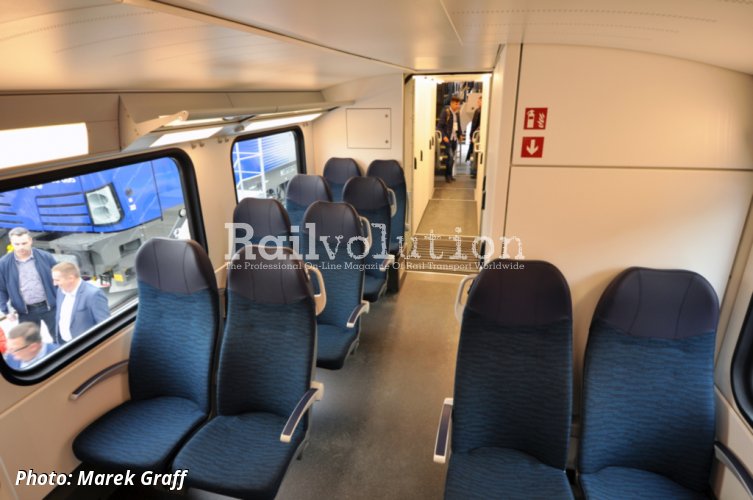 The second Stadler exhibit and the second double-deck train at TRAKO was a three-car KISS for SŽ. This arrived from the Siedlce works, where these Class 313/318 EMUs are being prepared for test runs on the 1,435 mm gauge tracks after their arrival from Minsk. Specifically, it was 313-017/018, the ninth of ten units that Slovenian railways ordered from Stadler in April 2018, together with 11 electric and 5 diesel FLIRTs.

Type approval is pending in Slovenia with AŽP (Javna agencija za železniški promet Republike Slovenije, Public Agency of the Republic of Slovenia for Railway Transport, headquartered in Maribor) and is expected to be obtained before the new timetable is in force, so that regular service with the Class 313/318 could begin on 13 December 2021. By then the remaining KISSes are due to be transported to Slovenia (at present there are six of them in the country) and will be used on the Ljubljana - Dobova, Ljubljana - Jesenice, Zidani Most - Šentilj, Pragersko - Hodoš, Ljubljana - Sežana, Divača - Koper and Pivka - Ilirska Bistrica lines.

Concerning the Class 610/615 FLIRT DMUs, the first of which started passenger service in June 2021, SŽ already has all five of them in its fleet. The same situation is by the eleven Class 510/515 FLIRT EMUs, the first of which started passenger service on 4 July 2021: these were delivered to Slovenia between September 2020 and June 2021. Production of the trains from the option, which was confirmed in May 2019, is now underway, and includes another 10 FLIRT EMUs (final assembly at Stadler Minsk) and 16 FLIRT DMUs (final assembly at Stadler Siedlce).

Slovenian railways operates approximately an 1,200 km network and carried around 14 million passengers in the last year before covid. The operator now aims to increase the number of passengers to 22 million annually by 2030. In addition to increasing the number of domestic services, new international services are planned, with destinations including Villach, Graz, Zagreb and Rijeka.