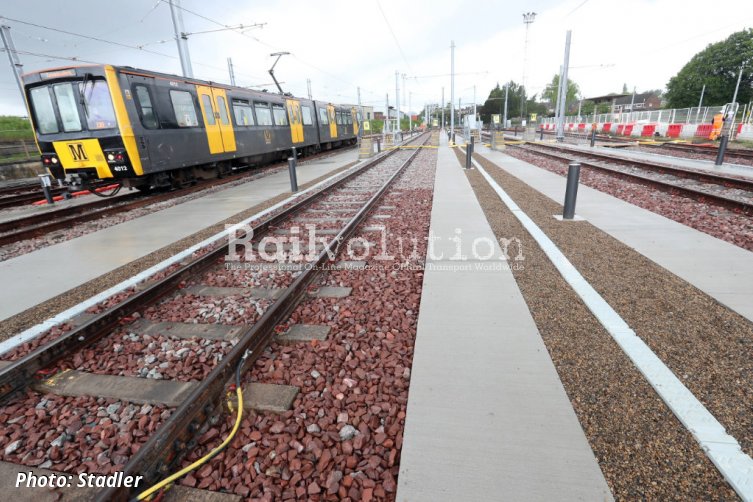 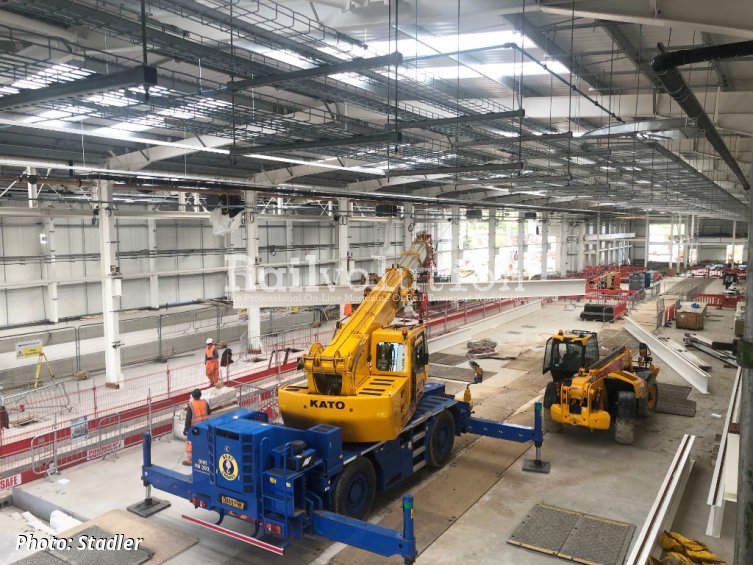 Ahead of the delivery of the first new train this year, good progress is being made on the construction of the new Gosforth Metro depot, which will accommodate the 46 new trains for Tyne and Wear Metro, being made by Stadler and set to transform rail travel in North East England. The second phase of the Gosforth depot project has been completed, and three more new sections of line to serve the new facility have been successfully installed. As phase three of the six-stage process commences, more of the old depot building, which dates back to 1923, will be demolished.

Work to build the new depot at Gosforth is about to enter the third phase of a six-stage process, with the further demolition of the old facility and the introduction of three more lines. These tasks are set to be ready by October 2022. The project overall involves the complete demolition of the old depot, the construction of a brand new one, as well as the replacement of new rails throughout the site.

The first two stages of the project saw the demolition of train stabling sheds to the west of the depot, the partial demolition of the main depot buildings and the start of construction of new ones, as well as the removal and renewal of six train stabling lines. Stage two was completed in time for the Jubilee weekend.

The building work has been configured to enable the current Metro fleet to continue operating from the Gosforth depot, while construction work takes place. Nexus is also using a smaller temporary train depot at Howdon while it transitions to the new facility at Gosforth. VolkerFitzpatrick is building the new Gosforth depot on behalf of Stadler.

The new depot will comprise inspection roads and pits, cranes, jacks, test facilities and a wheel-lathe. Other features include a wash-plant to clean train exteriors and other dedicated areas for both daily and periodic deep-cleaning. The outside area is being adapted to optimise train movements, while keeping noise to a minimum for the benefit of local residents.

The new facility, covering 12 acres and located in the suburbs of Newcastle, has been designed to ensure maximum availability and reliability of the fleet for decades to come. It will vastly improve the working environment and become home to a wide range of activities, including preventative and corrective maintenance, overhauls and train presentation. There will be storage for spare parts and material supplies, and office space for training and support functions.

The building will promote sustainability, providing an attractive environment for employees. It will make best use of natural light, and all work spaces will have windows. Water recycled on site and rainwater will be harvested and used for train washing facilities and toilets. There will be a dedicated, secure area for bikes, and showers will be provided for people cycling to and from work. Charging bays for electric cars will be installed.

Stadler has pledged to support the regional economy and involve as many Tyne and Wear-based companies in the project as it can. More than 90 % of the suppliers used for the depot build project are based in the UK, with key suppliers from the north east region, including Thompsons of Prudhoe and A&M Electricals in Washington.

Stadler is manufacturing a total of 46 new Metro trains for Nexus, which are currently being made, with the process to build bogies well under way. The first train is scheduled to arrive in Newcastle for a rigorous programme of testing in November 2022.