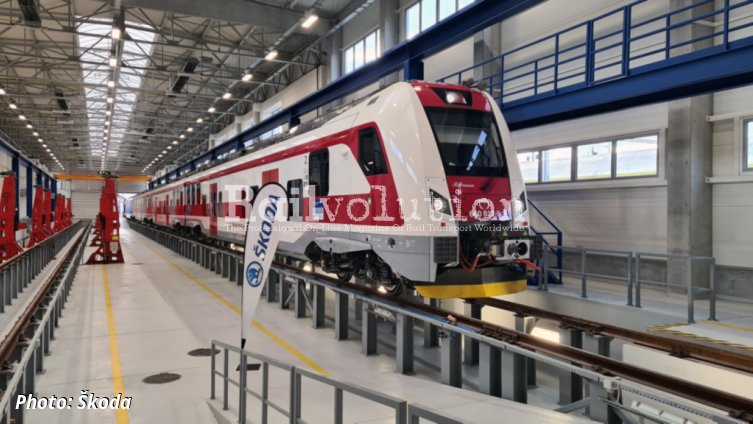 All of them are operated in the Žilina, Trenčín and Prešov regions, especially on the Žilina - Púchov - Trenčín, Púchov - Horní Lideč, Žilina - Čadca - Skalité - Zwardoń and Žilina - Liptovský Mikuláš lines. ZSSK states that the average availability of this fleet is 93.5 %.

The first Panters, as ZSSK's official marketing name is, started regular service on 1 December 2020 after the Slovak transport office Dopravný úrad issued approval for both classes on 28 October 2020. The half of deliveries came in March 2021, when 661.013 was handed over to the operator. At that time, it was announced that the last Panter would be delivered in October 2021, which is exactly what was finally achieved. It also means an acceleration of the contract by eight (!) months.

This order is now followed by a new contract for nine 160 km/h four-car Panters for use in the Košice and Prešov regions, which was signed with a Škoda Transportation - ŽOS Trnava consortium on 9 September 2021. These EMUs are to be delivered by November 2023 and are intended for operation on the Košice - Lipany - Plaveč, Košice - Michaľany - Čierna nad Tisou and Košice - Michaľany - Trebišov lines (on the latter after electrification of the line they will be used to Humenné). The contract also includes an option for up to 11 more four-car Panters. The worth of the entire contract including the option is almost 170 million EUR.

Last but not least, all 25 + 9 Panters have to be retrofitted with the on-board ETCS, as this is dealt with as a separate contract.