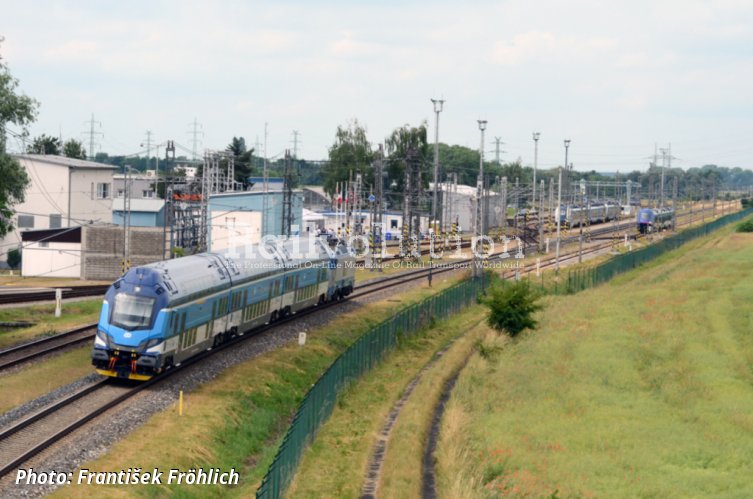 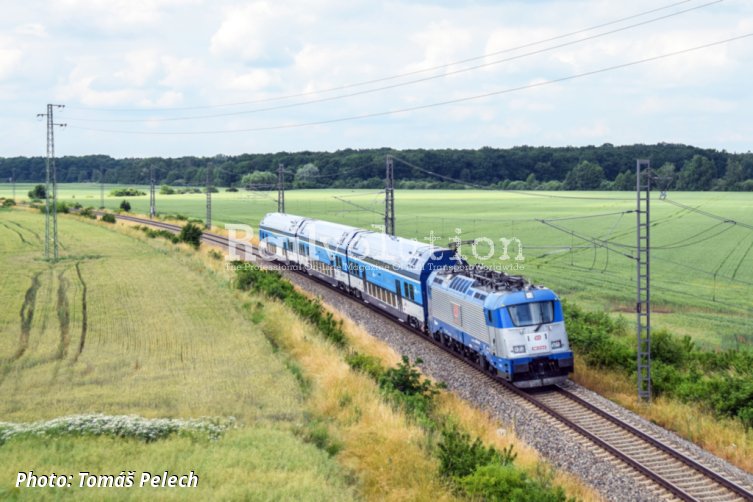 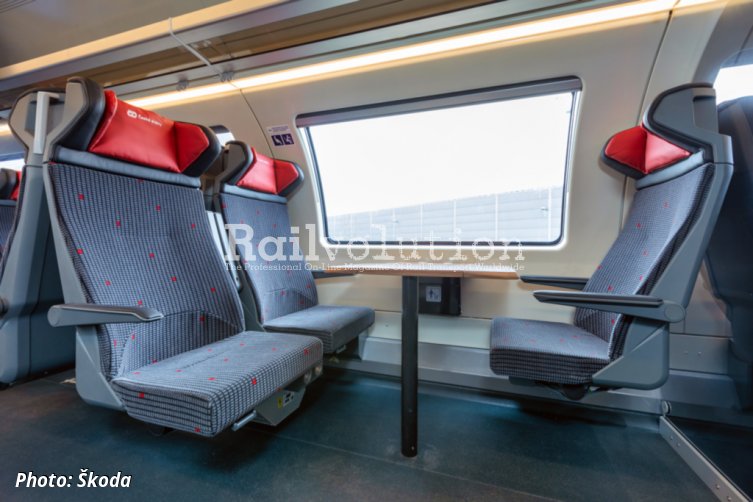 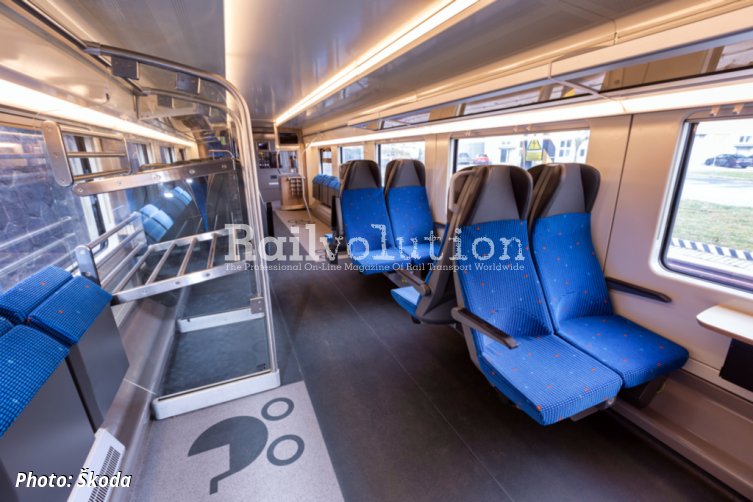 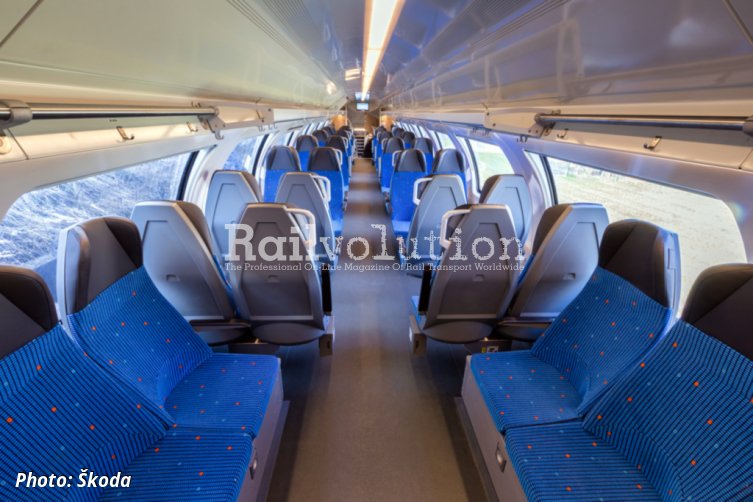 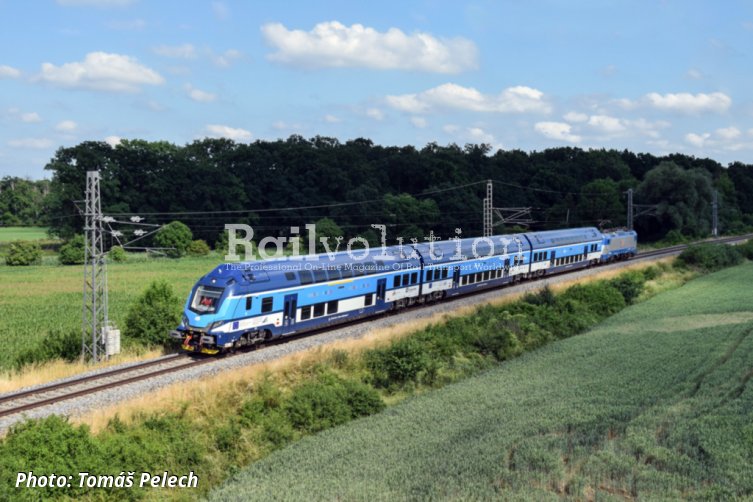 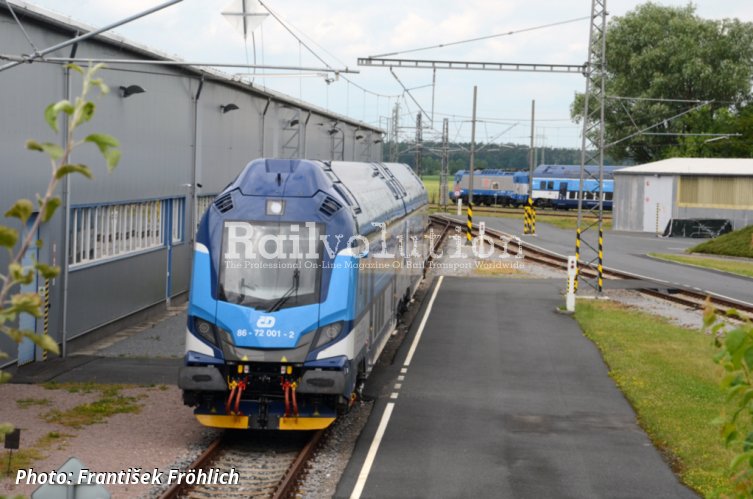 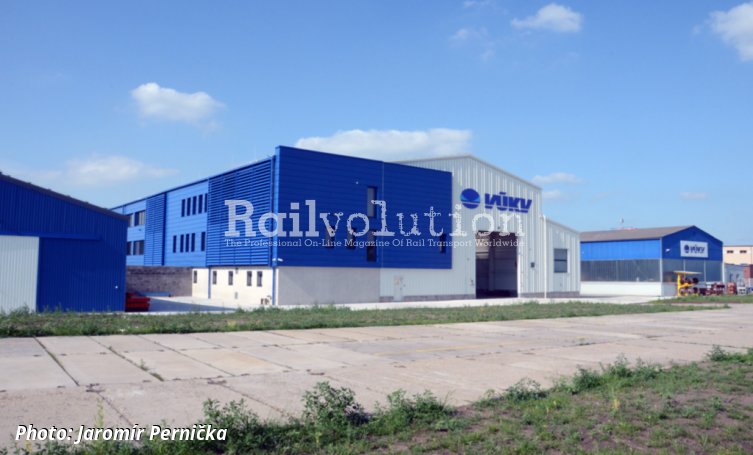 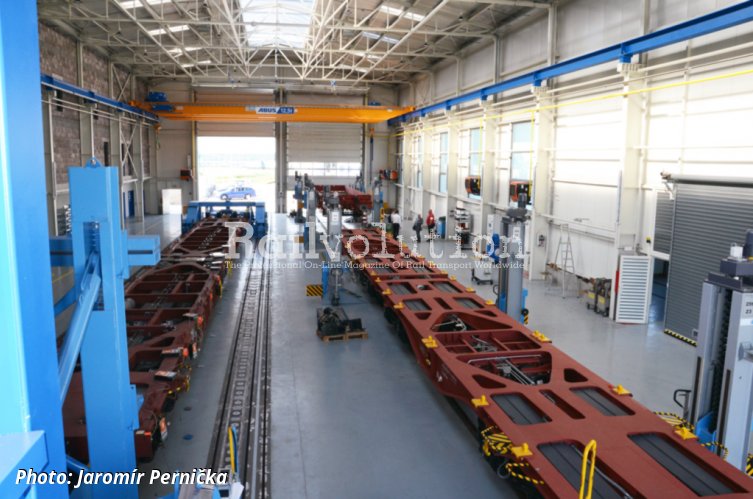 On 24 June 2021, a festive presentation of a new double-deck push-pull set for ČD, one of five, which will run in the Moravian-Silesian region (MSK, Moravskoslezský kraj), took place at the VUZ Velim test centre. Representatives of the operator, the manufacturer, media and other institutions were present and had the opportunity to run in the rake with the 86-72 002 driving trailer (and 380.016 locomotive) on a large circuit.

It is expected that the first rake will start passenger test service in the second half of the year on the line between Ostrava, Frýdek-Místek, Frýdlant nad Ostravice and Frenštát pod Radhoštěm. By the end of 2021, the whole batch is scheduled to start passenger test operation. The rakes will be hauled by the Class 750 diesel locomotives. Later, following the electrification of the respective line, envisaged by 2026, the „goggles“ will be replaced by the electric locomotives.

The 160 km/h trains are fitted with an on-board ETCS. They have 356 seats and are partially low-floor for barrier-free access from platforms with a height of 550 mm over rail top. The spacious multifunctional spaces can hold up to 30 bicycles, prams, and bulky luggage, and they also include holders for up to 40 pairs of skis.

There are five toilets in each train, one of which is designed for wheelchair users, and one also has a folding baby nappies changing table. One of the driving trailer’s entrance doors is equipped with a remote control operated by a radio transmitter for the blind, and an acoustic beacon for blind and partially sighted passengers.

The programme on 24 June also included a tour of the new VÚKV test hall, which was built since 2019.