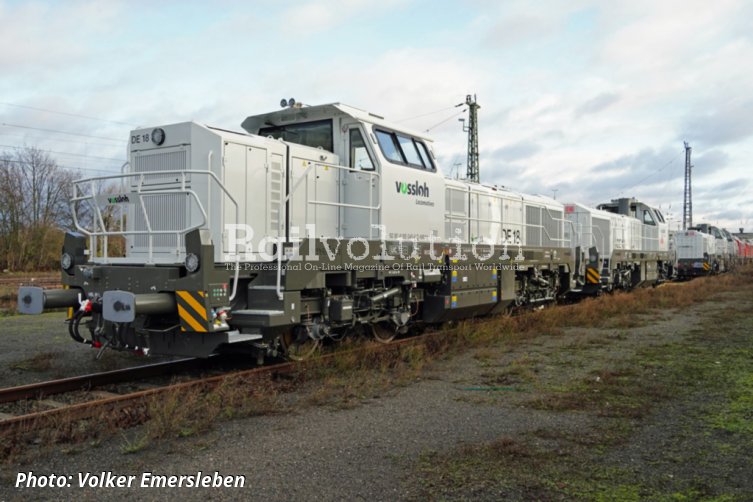 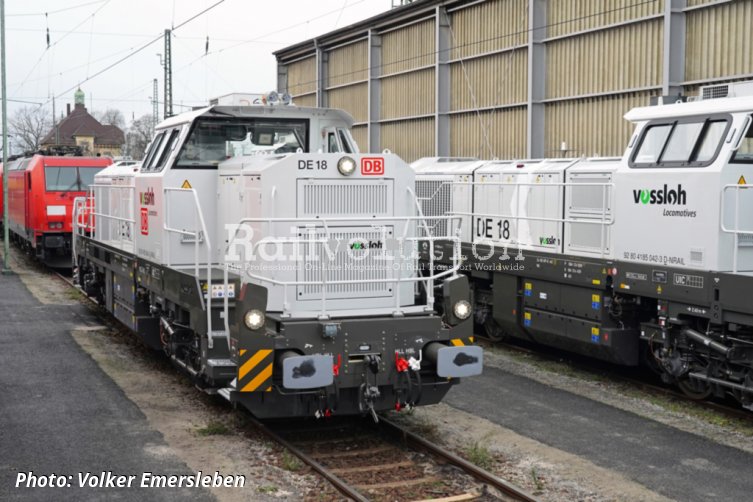 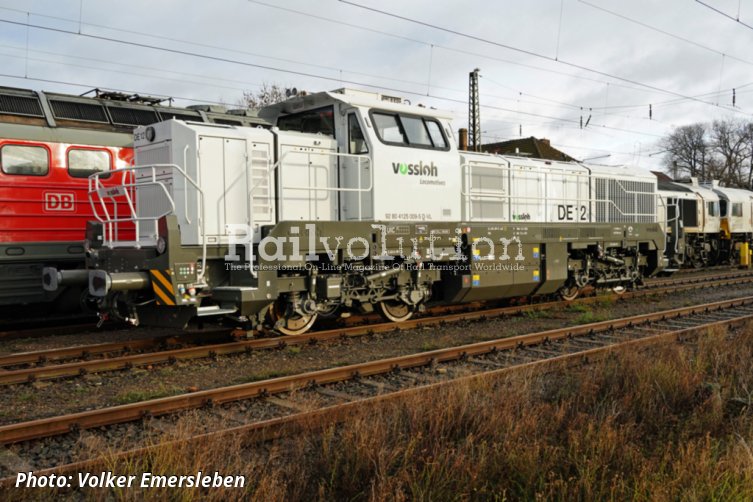 Since December 2020, DB Cargo has rented six Type DE 12 and seven type Type DE 18 diesel-electric locomotives. They are used in regional freight service and on wagonload services in Niedersachsen (Lower Saxony) and in and around Bremen. Here, they replaced the Gravita 10 BB Class 261 and Gravita 15 L BB Class 265 diesel-hydraulic locomotives, produced by Voith Turbo Lokomotivtechnik, which were moved to the Maschen depot, south of Hamburg.

The rental of Vossloh locomotives has no direct relation to Gravita locomotives. It is the case that DB Cargo basically have a need for more motive power in the freight and shunting duties in the area, and subsequently concentrated the released Gravita locomotives at other locations (in this case Maschen).

This is the very first use of the Type DE 12 and DE 18 locomotives at DB Cargo, and the operator’s first experiences with them are positive. Both types were approved by the EBA for operation in Germany in October 2014 and meet the requirements of the TSI LOC & PAS standards. The locomotives are designed according to current safety requirements and were therefore also fitted with handles with a non-slip surface.

These locomotives were built at the Kiel-Suchsdorf works, which now belongs to CRRC ZELC, Zhuzhou. The approval of the acquisition by the BKA (Bundeskartellamt, the Federal cartel office) was announced on 27 April 2020, and the sale itself was completed by Vossloh AG on 29 May 2020. For the time being, however, the current name Vossloh Locomotives is used for this factory, which was opened in January 2018.

Since the summer of 2020, official information about the contracts, deliveries and other news at the Kiel-Suchsdorf facility has been completely stopped and the PR service is inactive, which is the usual accompanying phenomenon of all contracts in which CRRC, or the Chinese industry in general is involved. For our most recent inquiry in January 2021 we received a message: „We are working on different topics at the moment. As soon as we have some news, we will get in contact.“