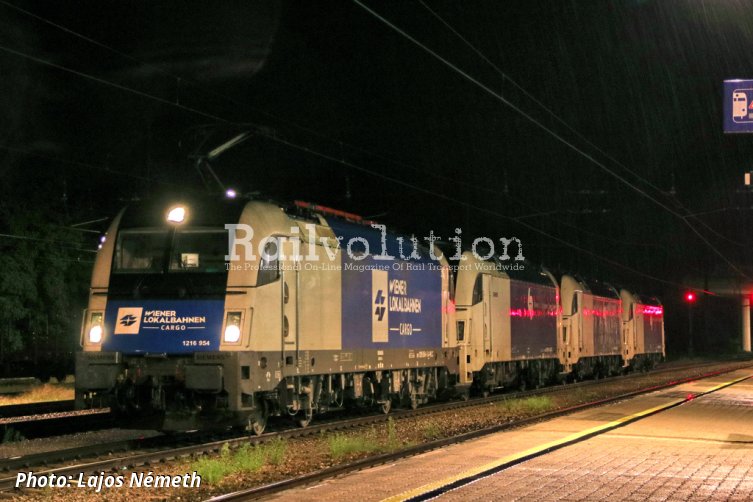 The four Type ES64U4 Eurosprinters which ČD decided to acquire from Wiener Lokalbahnen Cargo are being prepared for a handover to their new owner. During the night of 22 to 23 August, they moved from Wien to Sopron to undergo maintenance at the GySEV workshops.

Unofficial information about the ČD intention to purchase the Class 1216 Tauruses had already appeared at the beginning of the year. Following approval of the plan by the ČD Board of Directors and Supervisory Board, the operator announced it officially at the end of May 2021, however still without naming an origin of the locomotives. At present, neither ČD nor WLC has commented on this matter.

ČD plans to use these locomotives primarily on the Bohumín - Wien (- Graz) route, where other second-hand Tauruses, 1216 902 and 903, are used too. These two were acquired from RTS.