Handover Of A Class 362 Locomotive With ETCS To ČD 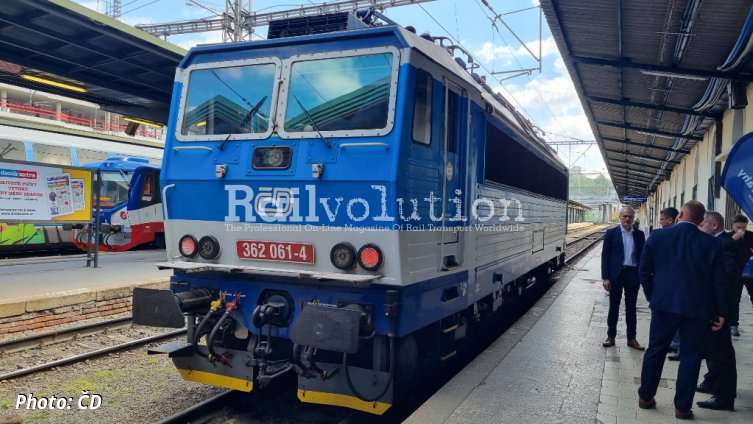 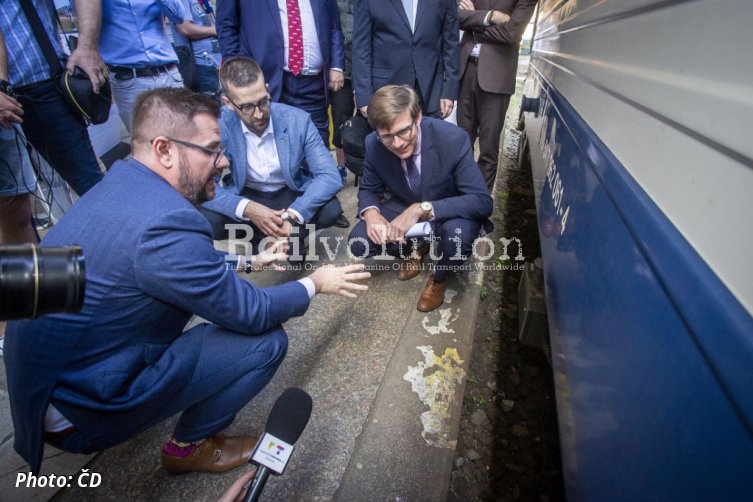 On 12 May 2022, the ceremonial handover of the Class 362 WTB locomotive with the on-board ETCS took place at Masaryk station in Praha. Representatives of the suppliers consortium led by ČD - Telematika together with AŽD Praha handed over to ČD the locoomtive 362.061, which represented the process of retrofitting the ETCS OBUs to the Class 362 locomotives fitted with WTB communication.

The Class 362 WTB is the first one in the ČD fleet to be fully eligible for commercial operation under ETCS supervision on the Czech network, i. e. in Switch-On mode. The prototype installation was locomotive 362.165, which successfully passed the ETCS compatibility tests in mid-2021 and then received final approval from the DÚ (the Czech railway authority) for the vehicle type and its placing on the market (VAPOM) in February 2022.

Further Class 362 WTB locomotives with ETCS OBUs installed as standard can already be approved for commercial operation under ETCS supervision in a significantly simpler way without the need to create the entire set of materials comprising more than 100 documents.

There are already 12 Class 362 locomotives equipped for ETCS operation. For organisational and operational reasons, 362.061 from the Praha depot, which is on the same level as 362.165, was used for the presentation on 12 May, because the latter locomotive is from the Brno depot and its transportation to Praha would require higher costs and a much longer interruption of service than that of the machine from Praha.