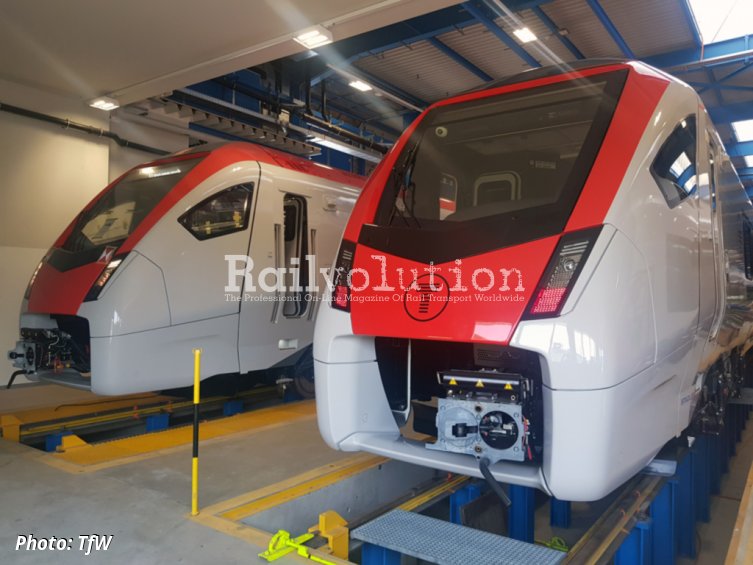 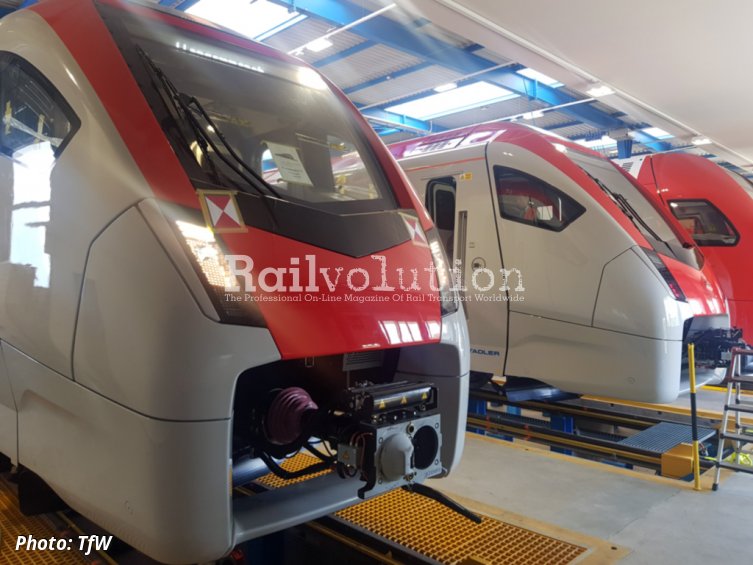 On 26 July 2021, Transport for Wales announced that the first new FLIRT DMUs have reached a highly significant project milestone, with the start of testing at Stadler’s IBS Erlen centre. Once this process is complete, trains will make their way to Cardiff for further tests on the Wales & Borders network.

The new FLIRTs have been authorised for testing, a process that is scheduled to take a few months and be carried out in locations in mainland Europe. This stage is set to be complete later in the year, when they will start being transported to Wales to undertake more tests on the local networks they will serve. The first train to finish this testing will travel to Wales in November.

The contract, signed in 2019, is for 71 trains, 35 of which are FLIRTs and 36, three-car CITYLINK tram-trains. Most of the FLIRTs will be tested in Switzerland, but the process will also take place in Germany and Romania, with the first DMU envisaged to start testing in Faurei in September.

Of the 35 FLIRTs, eleven will be Class 231 DMUs, which will operate services between Cardiff and Ebbw Vale, Maesteg and Cheltenham. The other 24 will be tri-mode Class 756 units, capable of running on diesel, overhead line and battery power. The tri-mode fleet consists of seven three-car and 17 four-car trains and will operate services on the Rhymney, Coryton and Vale of Glamorgan Lines.

Production for Class 756s has already started. Final assembly of all Transport for Wales' FLIRTs will take place in Bussnang. The CITYLINKs are already in assembly, too, at Valencia works.

All 71 trains making up this order will be longer and have more seats, which have been ergonomically designed to maximise passenger comfort. Each seat will be fitted with power sockets. There will be air-conditioning throughout, and wide passenger information screens, showing up-to-the-minute travel information. There will be space for up to six bikes on each train and level-boarding to assist wheelchair users, people with limited mobility, or with scooters, bikes, push-chairs or luggage.