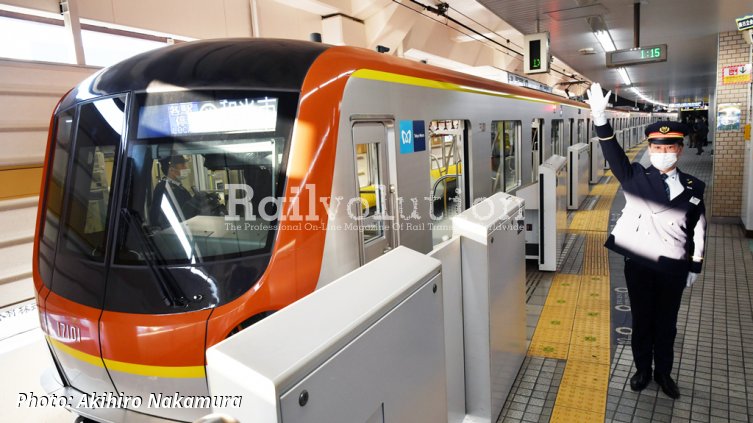 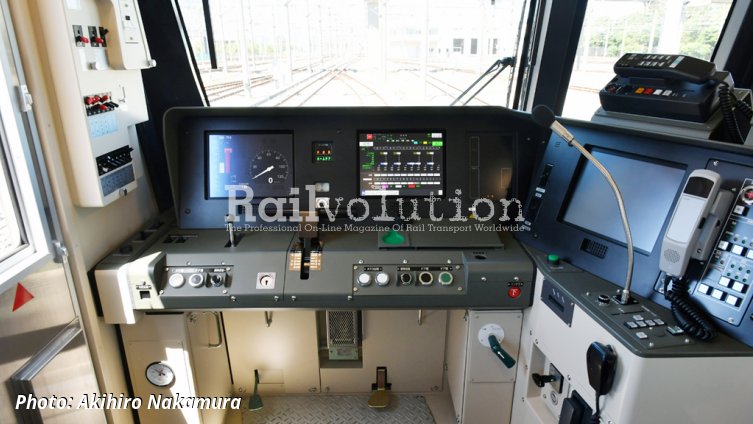 In August 2020 we informed about the new Class 17000 EMU destined for Tokyo Metro Yūrakuchō and Fukutoshin lines. Since then the EMU performed test runs with a view to get type authorisation for above mentioned metro lines, and also for other private railways (Seibu, Tobu, Tokyu) which have through services into those metro lines. Hitachi-built Class 17000 entered regular passenger services on 21 February 2021, the ceremony being held at that day on Shin-Kiba station of Yūrakuchō Line.

SiC traction inverters feed the 205 kW permanent magnet synchronous traction motors, of whose there are four in each powered car (the ten-car EMU have four powered cars). To have the ability to operate on various railway networks the trains have various ATC equipment (New-CS-ATC, ATC-P, T-DATC, SeibuATS, CBTC and ATO).

Each new car is 20,000 mm long and 2,800 mm wide and has four pairs of two leaf-sliding doors. Its bodyshell is made of aluminium and an interesting feature of this type is the floor lowered by 60 mm compared to recent Class 7000s, to reduce platform and floor height difference. Until 2022 the new units are about to replace the whole Class 7000 fleet built between 1979 and 1989.