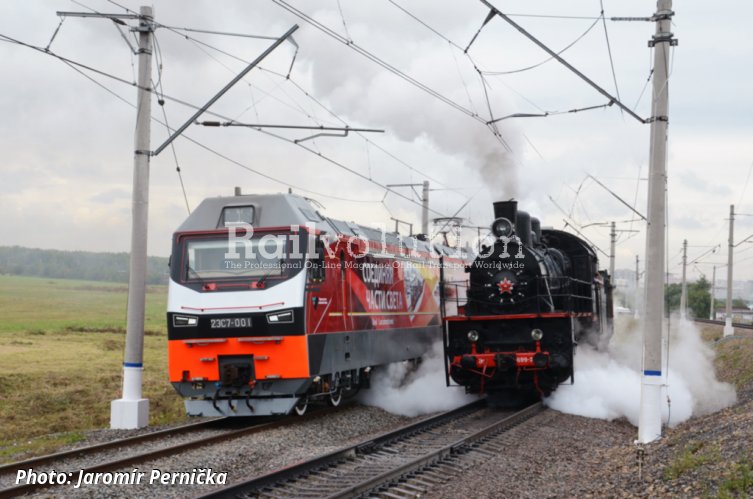 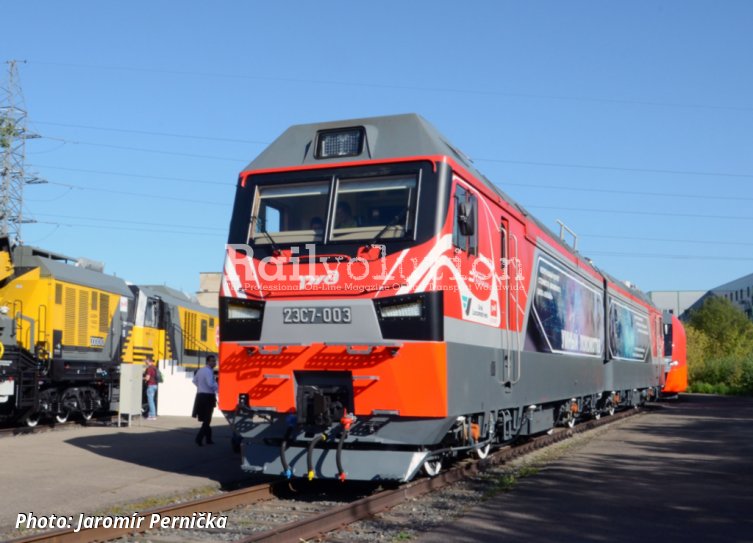 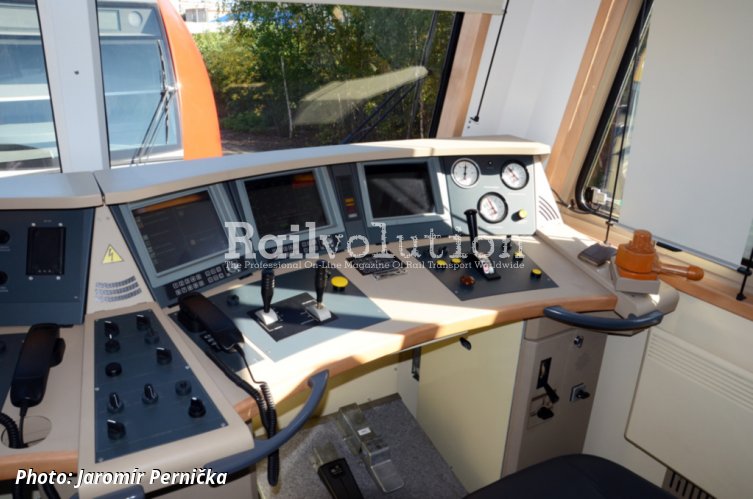 On 20 May 2021 UL announced that 2ES7-001 covered its first million kilometers on the Russian network. Locomotives of this class are successfully operated on the sections of the Severnaya, Oktyabrskaya and Gorkovskaya dorogas (Northern, October and Gorky railways), hauling trains weighing of up to 9,000 tons from Western Siberia to the Baltic ports without division the train load on the way.

A prototype of the new 25 kV asynchronous locomotive was built in 2013. Over the years, UL had continued to improve the design of the machine. Since 2020, the Class 2ES7 locomotives have been equipped with the new unified driver’s cabs.

2ES7-003, exhibited at Pro//Motion.Expo 2019 at Shcherbinka (initially EXPO 1520), became a new example of RZD’s digitalisation strategy. Wearing the vinyls on its sides „Umny lokomotiv“ (Smart locomotive), it was fitted with a PKSZhTs onlain (Programny kompleks Stoimost zhiznennogo tsikla onlain - Online Life Cycle Cost software package) and with a TU-152e driver’s electronic worksheet, both of which were developed by UL in conjunction with the VNIIZhT Research Institute. Both tools contribute to the integration of the manufacturer, operator and maintenance activities to increase the locomotive’s operating economy.

The PKSZhTs software package allows the operator and/or manufacturer to obtain data on the economic efficiency of a locomotive during its entire life cycle, and to evaluate each journey made by the machine, so that all the aspects that influence operational efficiency can be identified. In early August 2019 3 kV DC Sinara locomotives 2ES6-730 to 734, based on the Oktyabrskaya doroga, and 2ES7-001, based on the Gorkovskaya doroga, were fitted with demonstration versions of this PKSZhTs software.

This receives the initial data necessary for analyses from the diagnostic data supplied by the UL’s service system, and, by using no fewer than 700 parameters, is able to evaluate the operation of the locomotives’ equipment. It is capable of assessing not only a locomotive’s overall efficiency parameters - which can be done using other types of usual software - but also the machine’s economic efficiency for each individual journey. A single indicator is generated - transport cost per journey - which also reflects the weight of the train being hauled (if this is lower than prescribed), time spent at unscheduled standstills, and other operational irregularities.

The TU-152e driver’s electronic worksheet or logbook replaces the conventional locomotive paper logbook. It enables certain tasks of he driver, and of maintenance staff, to be speeded up. It was developed by UL jointly with SAUT of Yekaterinburg as part of RZD’s Digital Railway project. Its display is on the far left of the driving console, as shown in the third photo. Starting with 2ES7-002 all locomotives of this class will be fitted with both PKSZhTs and TU-152e, as will other new-built Class 2ES6 and 2ES10 locomotives.

2ES7-003 was the second of the batch of ten two-section machines ordered by RZD on 2 October 2018 and scheduled for delivery in 2019. This was a breakthrough order for UL, being the first for a batch of these 25 kV 8,800 kW locomotives with asynchronous traction equipment. However, in 2019 only 2ES7-002 and 003 have been handed over to RZD.

In early March 2021, UL started testing with 2ES7-013, the aim of which is to renew the certificate of conformity with the requirements of the TR TS 001/2011 Technical regulations of the Customs Union for the Class 2ES7. The locomotive 013 is undergoing a full test cycle, which is scheduled to be finished until the end of May 2021.