A Record Year At UL 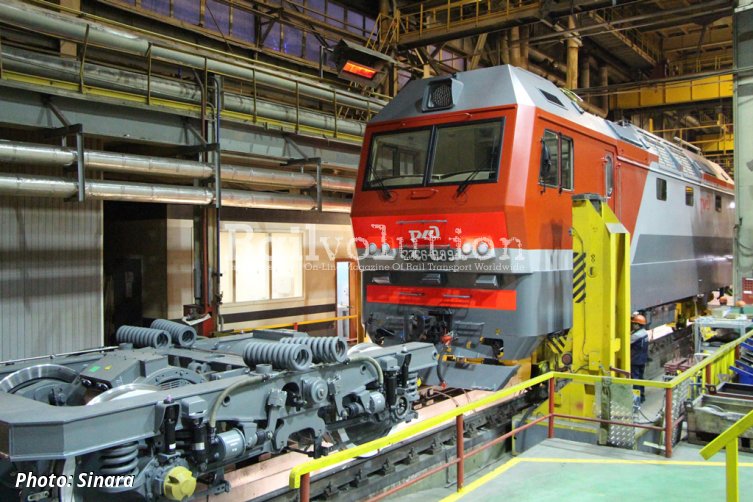 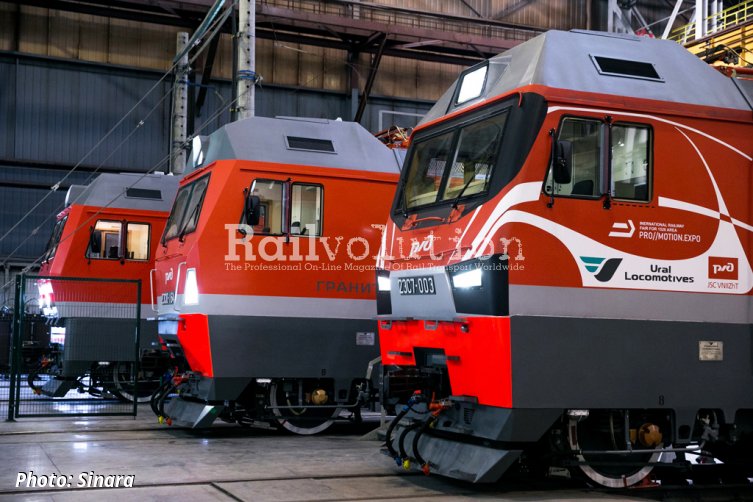 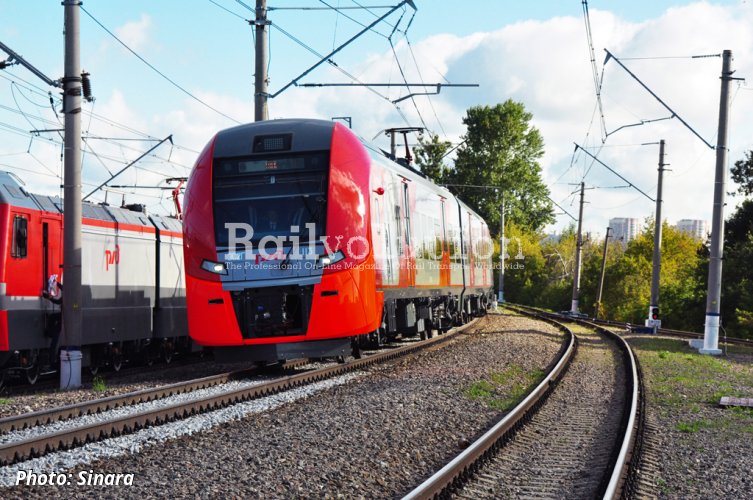 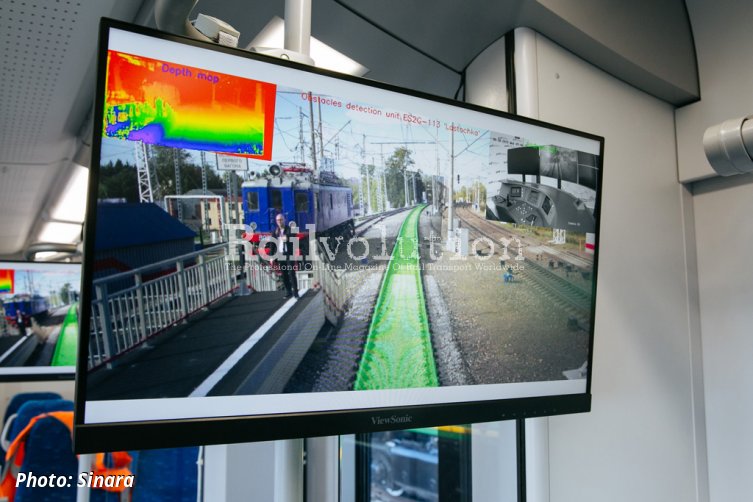 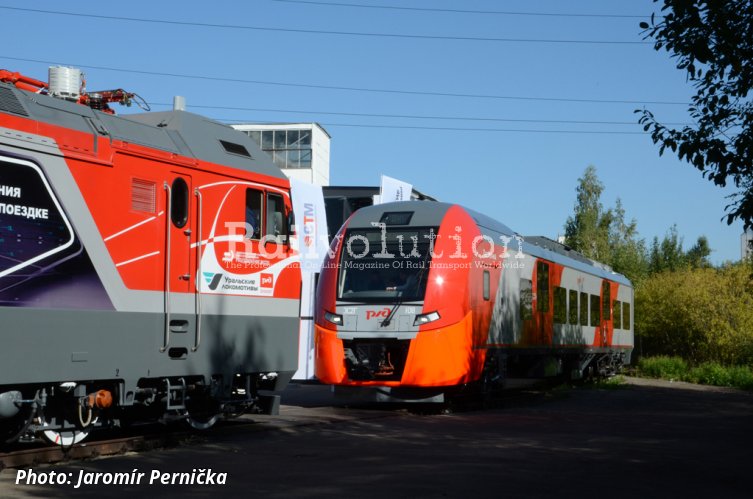 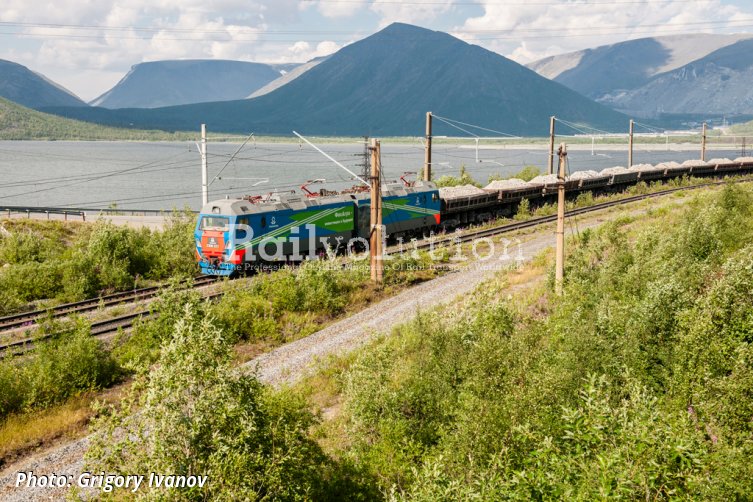 Uralskie lokomotivy (UL, Ural locomotives) of Verkhnyaya Pyshma (north of Yekaterinburg) achieved in 2019 record levels for the production of electric locomotives and Lastochka EMUs. The works delivered to RZD 155 two-section 3 kV DC Class 2ES6 Sinara locomotives, of which 25 were manufactured under an additional agreement. The 2019-built locomotives were allocated to the Kuybyshevskaya, Zapadno-Sibirskaya (West-Siberian) and Yuzhno-Uralskya (South Ural) dorogas (railways). In total, to date, UL has produced 999 Class 2ES6 locomotives.

Seven three-section 3 kV DC Class 2ES10 Granit locomotives were sent to the Sverdlovskaya doroga. In total, 166 Granits were produced for RZD, and two (2ES10-222 in 2012 and 2ES10-223 in 2017) were built for FosAgro’s Apatit mine (Europe's largest producer of phosphorus fertilizers, phosphoric and sulfuric acids and suchlike).

Another record was set at the Lastochka production. In 2019, UL handed over to RZD 33 Lastochka EMUs of various modifications. By December 2019 UL had built 156 Lastochkas, of various types and lengths. The large contract awarded by RZD to UL in June 2011 for 1,200 Lastochka cars, then stated as the equivalent of 250 five-car EMUs, is thus approaching its halfway stage.

For 2020 it is expected to build 24 more Lastochkas, thus expanding the geographical spread of their operation. At present it is expected that all trains covered by the contract for 1,200 cars will be built by 2023. Moreover, there are still new versions in preparation. Apart from that for the eastern parts of Russia (shown in the photo), and those to be powered using batteries, UL is developing the Class EM intercity version of the Lastochka for FPK, a Lastochka EDMU, and even a double deck Lastochka, this project announced in 2018.

At Pro//Motion.Expo, in addition to Lastochka ES2G-113, which demonstrated driverless operation on the test circuit, another UL exhibit was five-car ES2G-108, shown in the fifth photo together with 2ES7-003, the „Smart locomotive“. ES2G-108 is yet another sub-species of „Swallow“. It is intended for use in eastern parts of Russia, and is thus designed to cope with severe climatic extremes. It is also intended for use on lines where patronage is relatively low, on account of the sparse population.

UL established as its objective the creation of a train which, in spite of these conditions, would offer travellers a safe, comfortable means of transport. On lines in this part of Russia a three-or four-car formation would have adequate capacity, but multiple operation would of course be possible to cope with traffic peaks. Given the condition of the railway infrastructure in eastern Russia, a top service speed of 140, instead of 160 km/h would be sufficient.

Moreover, not all lines here are electrified, so Lastochkas built for service here could be fitted with batteries for operation away from the overhead wire. UL reckons that the range with battery operation could be up to 120 km. This looks a promising step. In the past, to expand the range of its Lastochka services, RZD has had to resort to the haulage of the EMUs using diesel locomotives.