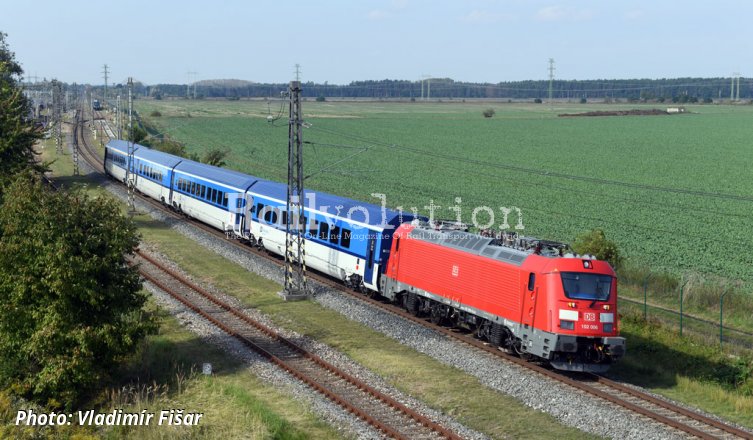 For these tests, the locomotive 102 006 was used, one of a batch of six built for DB Regio NIM Express push-pull double deck trains.