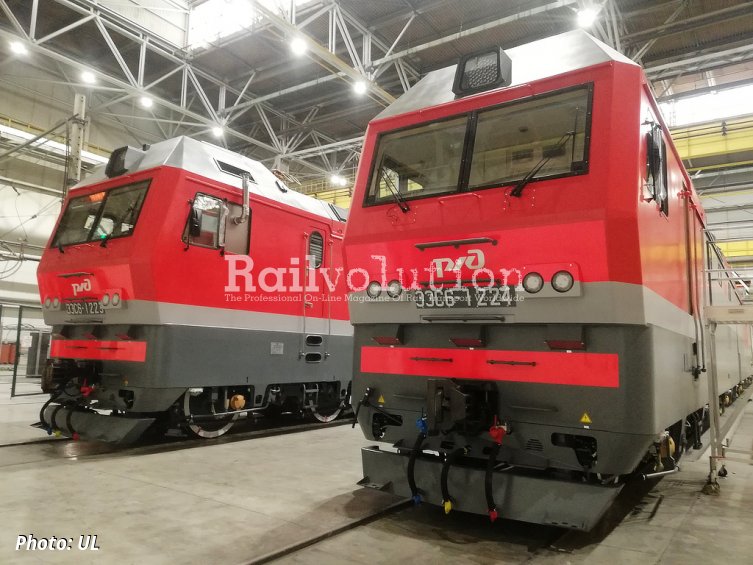 On 24 January 2022, UL sent the first samples of rolling stock of this year to RZD. Under the 2022 program, two three-section Class 3ES6 Sinara locomotives have been delivered. They will join the fleet of the Taiga depot of Zapadno-Sibirskaya doroga (the West Siberian Railway).

The booster for Sinara locomotives has been developed and produced by UL since 2020. In September 2021 the enterprise received a single certificate of compliance with the TR TS 001/2011 standard for the Class 3ES6 and 4ES6  locomotives. In total this year it is planned to produce 111 Sinaras, of them 21 in the three-section and 90 in the two-section version.

In addition, 31 Class 2ES7 locomotives are expected to be delivered to the customers by the end of 2022. Also two two-section Class 2ES10 Granits will be manufactured and handed over for operation at the Kirov branch of Apatit mining and processing plant. Since early 2022, UL has also handed over to RZD two five-car Class ES2G  Lastochkas in Standard configuration for suburban lines in Kaliningrad region.

In addition to the batch-built products, the prototype of a new Class 3ES8 electric locomotive is at the final assembly stage now. Its unveiling is announced for February, and during 2022, UL will have to test and certify it. On this new basic platform, which will be valid for 15 - 20 years, UL will develop a new range of electric mainline freight locomotives: DC and AC, and a dual-voltage locomotive for hauling container trains.

To date ULhas already built 204 Lastochkas operating in 25 regions of Russia, and it is currently developing new types of passenger trains, namely double-deck EMUs, both for night and day inter-regional expresses, and for the Moskva’s central ring (MTsK). Also on the MTsK, Lastochka ES2G-136, the first train with certified machine vision in the GoA3+ level of automatic guidance, is currently being tested. The next step will be the launch of a fully „unmanned“ Lastochka  with the GoA4 auto guidance system.