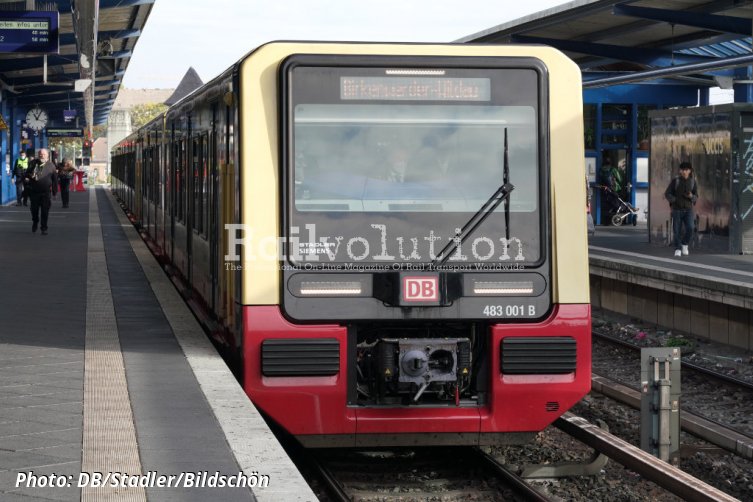 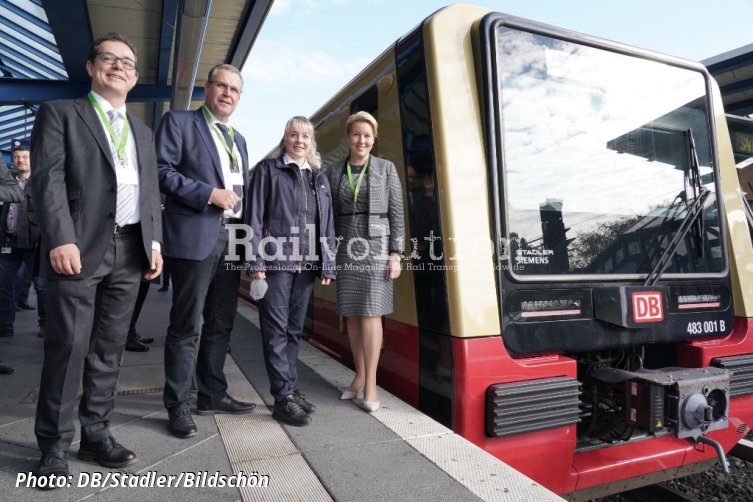 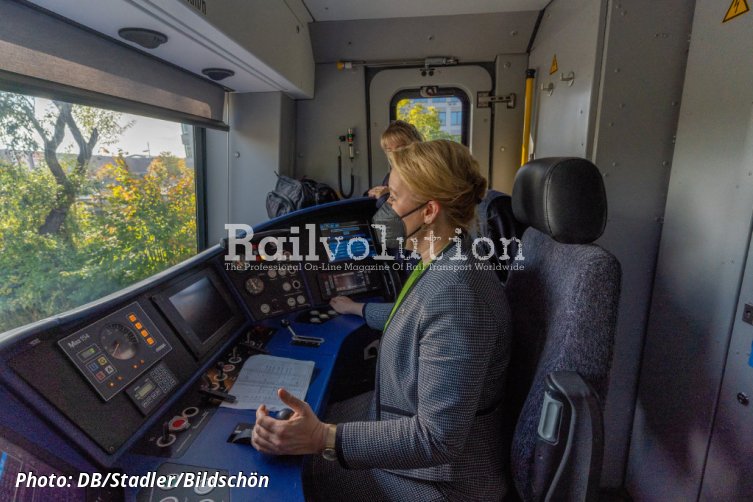 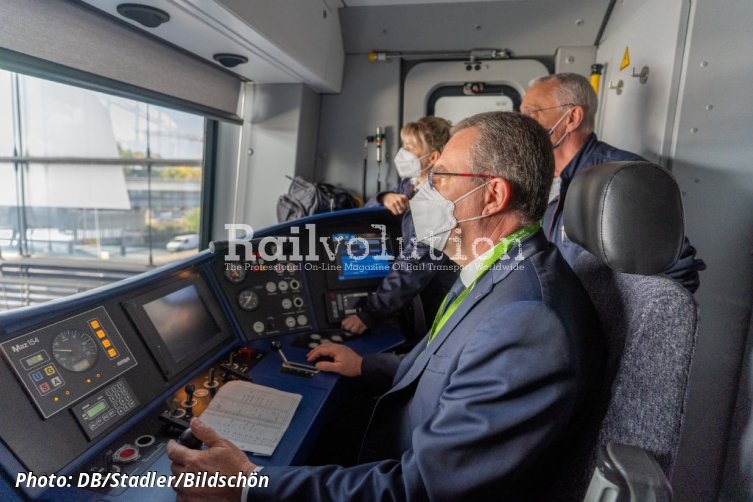 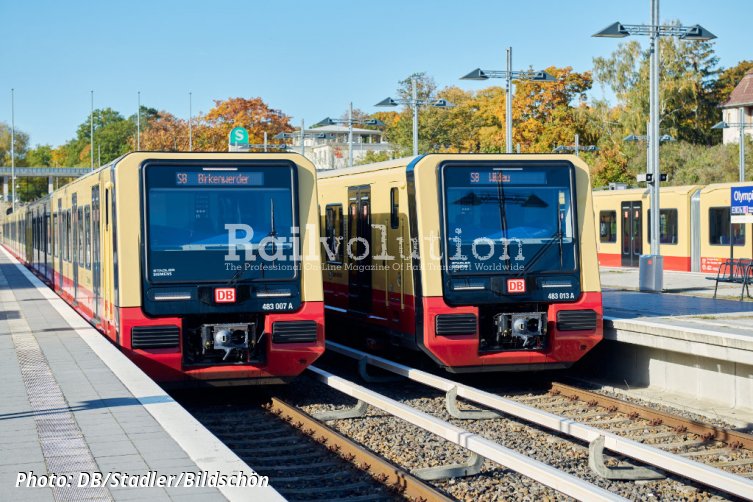 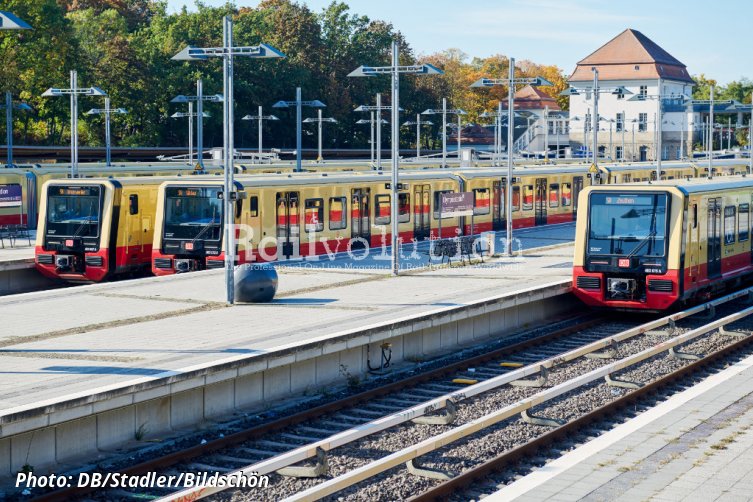 On 14 October 2022, DB completely converted the S8 line to its newest generation of trains. The Class 483/484 EMUs with their distinctive flat front are already reliably operating on three of Berlin’s S-Bahn lines. Now, around 60,000 passengers using the S8 will also benefit from better information, more security cameras, and additional space for wheelchair users, strollers and bicycles.

Rather than operating with four cars, the new trains have six ones. In addition, the S8 line has been extended from Birkenwerder to Wildau via Zeuthen during traffic peaks. Together with the S46, the two lines now ensure environmentally friendly connections to the nearby Studentenstadt.

To celebrate the inauguration of the new fleet, Berlin’s Mayor Franziska Giffey and Rainer Genilke, State Secretary for Infrastructure and Urban Planning for the State of Brandenburg, each drove a new Class 483/484 train a couple of kilometers along the line from Pankow to Treptower Park.

Franziska Giffey commented: “Today is a notable day for Berlin’s public transport. The new trains are an excellent and attractive advertisement for switching from private to public transport. This marks a further important step for ensuring more climate protection, modern urban mobility, and public participation. Future-proof, inexpensive and comfortable public transport will help us achieve our common goal: a sustainable and resource-conserving city. With DB, Stadler and Siemens, Berlin has three business partners to further drive this development. I want to thank the workers and the engineers who put so much effort into designing and building the new trains for Berlin.”

S-Bahn CEO Peter Buchner: “When all the 483/484s are in service next year, more than half a million passengers in Berlin will enjoy the benefits each day. As of today, the S8 line already offers more space for passengers because we’re now running longer trains. Specifically, this means space for 300 additional passengers per train.”

As of 14 October, nine new units are in service on the 59 km long S8 line, replacing the old Class 485 EMUs. The retired trains, around 30 years old and dating back to the days of the GDR, have been stored and will be gradually disposed of in an environmentally friendly manner. Some of the trains will be used for spare parts to maintain the remaining fleet still in service.

Jure Mikolčić, CEO of Stadler Germany: “With their inauguration on the S8 line, service with the new and modern trains began on the third S-Bahn line ahead of schedule. The manufacturing consortium Stadler and Siemens delivers one to two sets every week from the Stadler plant in Pankow to S-Bahn Berlin, where they are proving just as reliable in service. As planned, the delivery intervals are being stepped up so all 106 units will be available for the S-Bahn Berlin right on schedule.”

The states of Berlin and Brandenburg have ordered and financed the expansion of S-Bahn services and an increase in the system’s capacity. The new EMUs are part of the transport contract for the Ring sub-network that took effect on 1 January 2021. The first train entered service punctually at 00.01 h on New Year’s Eve 2020/21 - initially on the S47 line Spindlersfeld - Hermannstraße and, since the end of June, on the S46 line Königs Wusterhausen - Westend. Since batch production  is well under way, the S45 line BER - Südkreuz can even be temporarily supplied with new trains. In coordination with VBB, previously delivered trains are running on the S45 line before their planned use on other lines.

After all the trains ordered from Siemens and Stadler have been delivered at the end of 2023, a total of 106 two-car units will be in service throughout Berlin. With these, DB is increasing the capacity of the Berlin S-Bahn by 25,000 seats. The next milestone for the S-Bahn will be the commissioning of trains for the S41 and S42 Ring lines beginning this December.

We asked the organizers of the event how it was possible that unauthorised persons "Franziska Giffey and Rainer Genilke drove a new Class 483/484 train a couple of kilometers" with passengers on a route with other trains in regular service. Were any special safety measures taken?

S-Bahn Berlin answered us: "Of course, all safety measures were observed during the journey. The Governing Mayor Franziska Giffey was looked after in the driver's cab of the train by two train drivers, who kept an eye on every move she made and could have intervened immediately if necessary. The same procedure was followed while State Secretary Rainer Genilke was driving the train for a few minutes. At no time was there a risk for rail traffic or the passengers on board."